Yesterday, a new Fornite leak revealed new skins the developers have prepared to add to the game, including several DC-inspired ones, which will certainly make for a nice change of considering the current season has been teeming with Marvel villains and superheroes.

However, it has already been confirmed that the current season won’t be the last Marvel/Fortnite crossover, with Epic Games’ creative director recently announcing that both companies will be having a long partnership ahead of them. Now another leak has emerged suggesting that Epic’s partnership with Disney has gotten a lot stronger.

According to a Twitter account that goes by the user name @VastBlastt, a consistent Fortnite dataminer, and leaker, Epic Games will be doing an exclusive collaboration with Disney+, Disney’s own streaming service, beginning on the new year.

From the launch date, all players who bought V-Bucks or spent any kind of money inside the in-game shop will receive up to two free months of Disney+ subscription. The leak also states lower prices, which might mean there will be discounts to further persuade players to try the deal.

The partnership makes a lot of sense considering how much Marvel-inspired content is on Disney+ and everything coming to the service in the future. Aside from most of the films from the Marvel Cinematic Universe already accessible on the service, Disney+ has several special Marvel TV series currently in production, such as The Falcon and The Winter Soldier and WandaVision.

The Falcon and the Winter Soldier focuses on the story of Captain America’s two former allies while WandaVision features the Scarlet Witch and Vision living a suburban life after the events of Avengers Endgame. 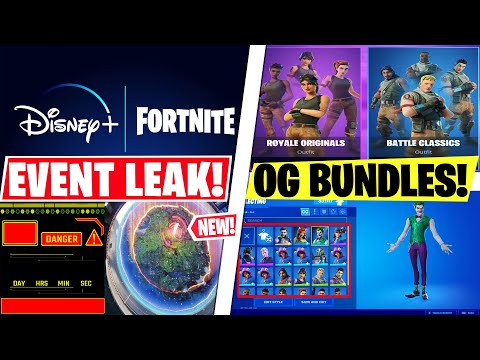 Though the developers have yet to announce its collaboration with Disney+, awareness of this project has players expecting this means great news for future Disney-inspired crossovers aside from Marvel. Fortnite has featured skins and various cosmetics inspired by Star Wars in the past, so there could very well more of those, perhaps based on Disney+’s Star Wars shows like The Clone Wars and The Mandalorian.

As far as confirmed cosmetics go, Epic Games recently revealed the Ghost Rider skin, which fans can unlock earlier than others by winning the new Ghost Rider Cup, the second of the Marvel Knockout Super Series tournament the game is holding.

Of course, it will not only be Disney that the developers will be collaborating with in the future. Aside from the upcoming crossover aforementioned above, Epic Games likely has other partnerships in the pipeline. Some players believe that Epic’s creative director, Donald Mustard, has recently teased a potential G.I. Joe crossover.