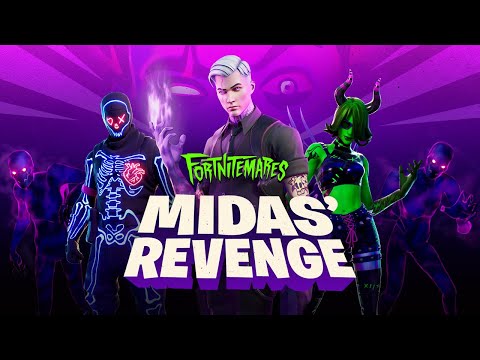 Fortnitemares 2020 is fast approaching, which is why Epic Games has finally revealed the complete details about the event and what players can expect to experience during it. Fortnitemares 2020: Midas’ Revenge will begin on October 21 and will be ongoing all the way through November 3.

This gives players enough time to participate in all the fun yet spooky festivities all while gathering a collection of Halloween-themed items. In Epic Games’ recent announcement on its website, the developer revealed to the fans the different things you can do during the event e.g. hang out at a party or conquer the various Challenges.

One other thing you can do while the seasonal event is ongoing is to explore the Ghoulish Isles. This will definitely add another layer of thrill to your Fortnite gameplay.

In Fortnitemares 2020: Midas’ Revenge, you will be able to bear witness to Midas’ return after he was assumed to be dead. Joining his side will be his reawakened Henchmen, who have assisted Midas in overthrowing what players once knew as The Agency.

For the event, players will have to “follow in their phantom footsteps” as they traverse the Island.

Players don’t have to worry if they get eliminated while playing in Solo, Duos, or Squads because it’s not over for you yet. Fallen players will be able to return to the battle scene as a Shadow in a Nitemare Royale.

In this scenario, you and your fellow Shadows will battle against Fortnite players who haven’t been eliminated yet a.k.a the survivors. As a Shadow, you will be able to take advantage of your “otherworldly abilities” as you contend against the survivors, such as taking possession of vehicles.

In other news, this year’s Fortnitemares will feature a slew of new items, such as a Pumpkin Rocket Launcher, a Fiend Hunter Crossbow, a Witch’s Broom, and a new creation by Midas himself.

If you’re able to successfully complete the various Challenges available during Fortnitemares 2020, then you will be able to unlock even more exclusive rewards like Midas’ Shadow Wrap, the Smash O’-Lantern Pickaxe, Bobo Back Bling, and so much more.

What’s more, the developer has promised that you will be able to keep everything you obtain through a playthrough.

Among other things, Epic Games has also arranged another in-game concert to take place in Fortnite. This isn’t an uncommon event to take place in-game though, as other popular artists like Travis Scott and even Korean group BTS have performed on Fortnite’s stage.

That being said, J Balvin will be the one participating in the festivities this time around. If you’re not familiar with him, J Balvin is actually a four-time Latin GRAMMY winner and an ambassador for Raggaeton Global.

Fans or interested individuals, in general, can check out his performance on October 31 at 9 PM ET or 6 PM PT, where he will be showcasing Latin culture and hip-hop to the entirety of Fortnite.

In fact, those who tune into his special performance will be given the chance to listen to his brand-new song featuring Sech!.

Overcooked! All You Can Eat Will Launch This November For The PS5