God of War Ragnarok Will Be The Last Of Norse Plot

Director Eric Williams said that God of War Ragnarök represents the end of Kratos’ battle with the Norse pantheon during a post-show interview following the PlayStation Showcase in September 2021. Kratos seemed to die in the aftermath of destroying the last Greek Gods at the conclusion of God of War III in 2010. The 2018 soft reboot by Santa Monica Studio, on the other hand, starts with the character finishing a new chapter of his life in a different area of the world: Scandinavia.

Throughout God of War (2018), Kratos and his son Atreus encounter a variety of mythological Norse monsters. Freya, Magni, Modi, and Thor’s half-brother, Baldur, are among the Norse Gods encountered by the father and son team. Kratos and Atreus’ encounters with strange entities won’t end there, though, according to the gameplay trailer for Ragnarok. Ragnarok, however, signals more than the end of the world; the cataclysmic event will also bring an end to another chapter in Kratos’ long-running narrative.

In a post-PlayStation Showcase interview with PlayStation Communications chief Sid Shuman, director Eric Williams hinted at more of Ragnarok’s plot. Ragnarok will, of course, take place in the upcoming God of War edition, acting as a method for the development team to “finish off the Norse saga,” according to Williams. The Director baited fans even further by repeating Kratos’ final words from the God of War Ragnarok teaser trailer: “prepare [yourselves].”

This disproves the idea that Santa Monica Studio was planning a trilogy based on Norse mythology. However, this does not imply that Kratos’ narrative has come to an end. What else the team may have planned for Kratos and Atreus after Ragnarok is presently unknown. 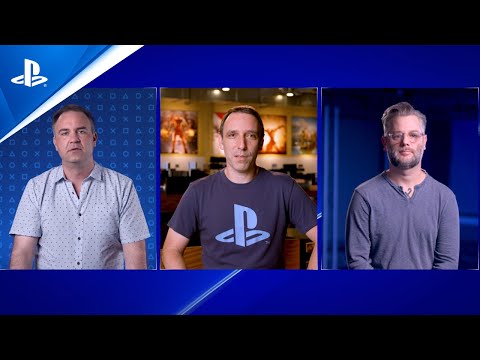 Despite the release of fresh gameplay video and plot indications, neither the developer nor Sony has mentioned a possible release date for God of War Ragnarok. The trailer didn’t even include a release date of 2022 at the conclusion.

But, owing to Art Director Raf Grassetti revealing the first look at Santa Monica Studio’s rendition of Thor, the enthusiasm lasted even beyond the presentation and interview session. There’s no indication on when the cast will provide further information regarding the highly anticipated sequel.