With a Nintendo Switch trailer recapping the most essential plot and gameplay features, Samus Aran’s mission in the next Metroid Dread will pit her against both new and old foes. The newest chapter in the 2D Metroid series seems ambitious based on its cinematic cutscenes, plot elements involving the E.M.M.I.s and Chozo species, and the array of skills and weaponry available to Samus after a more than a decade absence.

The E.M.M.I. menace, which Samus has no option but to avoid, has been a part of Metroid Dread’s development since 2005 when series producer Yoshio Sakamoto first conceived of it. Metroid Dread has been confirmed as the long-canceled DS game, and new details have been released on a regular basis in the run-up to its release.

Samus will come on planet ZDR to look into the mysterious disappearance of the E.M.M.I. robots, which the Galactic Federation had dispatched to look for X parasites. Over the course of the journey, Samus will obtain weapon and power upgrades, as is customary. Some of these are well-known, like the missiles that have become staples of 2D Metroid games.

Like heat-seeking Storm Missiles and Aeion-powered Phantom Cloak, other abilities and weaponry make their appearance in Dread. The new Gamescom 2021 teaser for Metroid Dread revealed how Samus loses her fully improved suit from Metroid Fusion, which is taken away by a terrifying Chozo commander.

A month before the game’s release, a new Nintendo trailer channel released a Metroid Dread overview trailer. An “unprecedented menace” is closing in on Samus, according to the trailer’s narrator. To defeat this menace, the bounty hunter will have to go through a variety of settings, including ice caverns, volcanic chambers, ancient woodlands, and aquatic habitats.

She’ll face a variety of new and old adversaries, including the Space Pirate Kraid, who is imprisoned for unexplained reasons. While showing new aspects, the teaser covers Samus’ skills and the Chozo villain from Metroid Dread.

Samus, for example, may fire Storm Missiles and utilize the Phase Shift ability in rapid succession, and players can use her Phase Shift to navigate around adversaries safely. A purple E.M.M.I. has been added to the mix of killer robots, among other new information. The teaser also displays a huge section of the game’s enormous world, and one clip shows Samus boarding a trammel, indicating that the bounty hunter may have a new fast-travel mechanism. 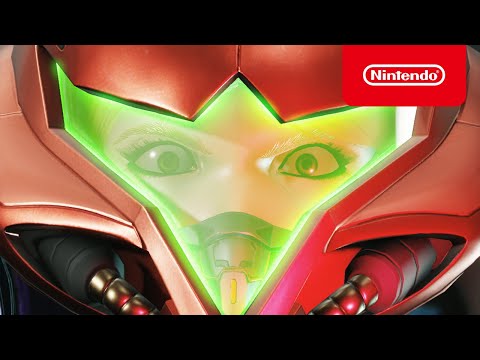 The majority of the new plot components appear near the end of the trailer. Before the scene switches to the bounty hunter on the ground, prone in front of an inactive purple E.M.M.I., Samus approaches a huge entrance.

Meanwhile, the story gets a twist when it’s unclear if Samus’ “strange bird-like Chozo figure” is a friend or an adversary. This appears to be a reference to the gold-clad Chozo, who bowed before Samus in an earlier foreboding teaser for Metroid Dread’s August tale. In the overview trailer, Samus fires missiles at Kraid, and the Space Pirate responds by breaking his shackles.

For a long time, Metroid was thought to be on the back burner of Nintendo’s IP library, but the most recent Metroid Dread video, as well as all of the firm’s other pre-release promotion, demonstrates that the business is once again confident in the brand. The fan community has been clamoring for a return to the old Metroid formula of exploration and isolation in a foreign environment, and Metroid Dread appears to deliver in both areas.

PlayStation Confirms It Will Be Joining Summer Game Fest 2021