Open Beta for Guilty Gear Strive Has Been Announced

Guilty Gear fans have been looking forward to the sequel Guilty Gear Strive for quite some time now, but fortunately, it appears that patient fans don’t have to wait too long now. The first Guilty Gear game was released back in 1998, which laid out the foundation for the sequels that came after it, such as Guilty Gear X, XX, and many others.

The franchise’s sequels were praised and recognized for their fast-paced action and extensive roster of playable characters. In fact, the game still received incredible support even after a couple years since its release. Guilty Gear and all the titles that come after prepared the way for the development of future titles and successors, such as the fighting video game series, Blazblue.

As for Guilty Gear Strive, this seventh mainline installment in the long-running franchise was first announced during Evo 2019. A closed beta of the game was released after that, but only a few lucky players were able to test it out.

A year after that, Arc System Works has announced an open beta for Guilty Gear Strive, which will finally allow the rest of the interested players to experience what the game has to offer so far. However, there’s a small catch to this.

The open beta for Guilty Gear Strive will run from February 18th at 7 PM PST through February 21st at 7 AM PST, however, fans must first pre-order either the PlayStation 4 or PlayStation 5 version if they want to be able to access the open beta.

The good thing about this though is that it ensures priority will be given to dedicated players who are sure about purchasing the game over those who are just mildly curious and won’t get the game in the end. To celebrate the upcoming launch of the open beta, new gameplay footage showcasing what different characters are capable of has been released.

That being said, there are a couple of things worth noting about Guilty Gear Strive’s upcoming open beta. For one thing, interested players won’t need a PS+ subscription in order for them to access and try out the open beta. 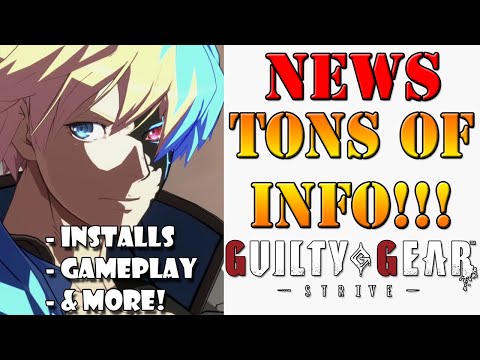 This is definitely great news for those fans who aren’t members of the subscription service yet would like to experience the game first-hand and compete in online matches. Players will also have the option to choose what or who they want to play against, whether it be local multiplayer or a CPU.

Not only that, but the open beta will also offer a tutorial mode for those who simply want to test out the game’s offline experience, as well as access to training mode. Another detail worth mentioning is that players will be able to access all the characters who have already been revealed so far, except for Anji Mito and a mysterious “15th character.”

The unannounced playable character is definitely intriguing, especially since they will be the last character who will be a part of the game’s base roster. Seeing as the open beta will be released soon, fans may expect Arc System Works to announce this 15th character soon as well.