Hearthstone’s Masquerade Ball Will Have a Bunch of Fun Activities 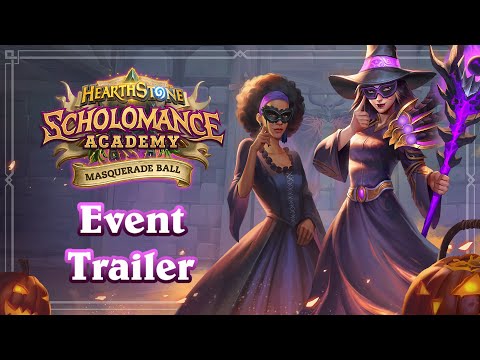 Starting September 29, Hearthstone will be celebrating another event called The Masquerade Ball. This event brings a slew of fun activities and prizes that you definitely don’t want to miss if you’re an avid fan of this strategy card game.

For one thing, the event will bring back Dual Class Arena. Not only that, but Elementals can be recruited in Battlegrounds mode, and players can get a Legendary Quest Chain. In addition to these three, you will be able to play Rexxar’s chapter in the Book of Heroes.

The return of the Dual Class Arena is definitely something worth celebrating. To mark this occasion, each player will be given a free Arena run so that they can try it out. When trying out the Arena during the event, you will be able to pick a Hero first before choosing a Hero Power from another class.

The Elementals’ appearance in Battlegrounds brings with it 4 brand-new heroes as well as 16 minions. If you take a quick glimpse at the Elementals, they initially look like a cross between Pirates and Murlocs.

This is because of their ability to change Bob’s economy and present multiple stats to each other.

Along with The Masquerade Ball is the introduction of the free Book of Heroes solo content. As such, Hearthstone will be adding an all-new way for players to view each of the hero’s lore in the game.

Rexxar will be the next hero we will encounter after Jaina. Rexxar is a half-orc, half-ogre and his story will talk about his heritage and how he came across Thrall. If you succeed in the Book of Heroes, you will be rewarded with a Hunter pack.

As for the Tavern Brawl that takes place weekly, Blizzard has cool things planned for that as well, as it teased players what the next three will be to celebrate the event. The first Tavern Brawl that will take place in the event is Rise of the Zombeast.

In this Tavern Brawl, players will be able to build the ultimate undead army by using Deathstaker Rexxar’s Hero Power.

The second Tavern Brawl will take place on October 7 and it’s basically a Masquerade-themed Tavern Brawl. In this second one, minions will be able to change into a different minion that cost two more. When the transformed minion is defeated, the original minion reveals itself and once again joins the fight.

Lastly, we have the third Tavern Brawl, which is basically the third variation of the Boss Battle Royale. You will be able to choose from 10 different bosses, and each class will have a new boss. The playable bosses are the following:

Among other features you’ll find during Hearthstone’s Masquerade Ball, you’ll also be able to obtain a Legendary Quest Chain. This contains 3 quests and 10 packs. Not only that, but you will also find a total of:

In other words, you should definitely make sure to have at least 2 open quest slots during the Legendary Quest so that your regular quests will not be overwritten. For more information about The Masquerade Ball event, you can check out the game’s official website.

Hearthstone is available to play on PC, iOS, and Android.