A producer of the previously revealed Final Fantasy 16 has responded to some fan’s negative criticisms of the game’s visuals. The trailer, which was showcased during the recently concluded PlayStation 5 showcase, unveils a focus on the game’s fantasy aspect that hasn’t been included in the franchise for a long time, has drawn out mixed reactions from fans.

While some fans were just happy enough that a new major installment has been revealed, others were disappointed with the game’s graphics and said it wasn’t good enough for next-gen visuals. In the weeks following the announcement, fans created a meme that implies the game wouldn’t be finished until 2035, appealing to the long development times of titles including Kingdom Hearts 3 and Final Fantasy 7 Remake. 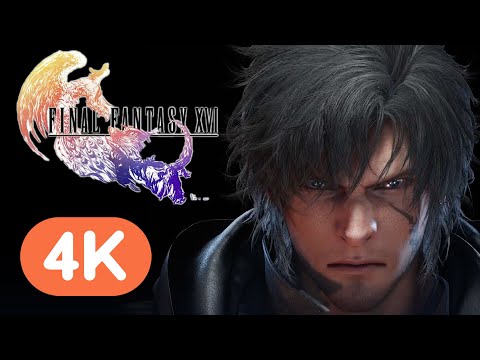 Opposite to what some regard about Final Fantasy 16, some leaks point out that the game might be released sooner than expected. Recently, it was revealed that the game has been in development for the past four years which means it is in its final stages of progress.

Final Fantasy 15 was launched in the 2016 holidays, meaning it might be possible that work on Final Fantasy 16 overlapped with each other at some point. The game seems to draw motivation from the battle system utilized by the last two Final Fantasy games, further exhibiting cohesion in the past games in the series.

In a Twitter post made by @RedMakuzawa, Final Fantasy 16 developer Naoki Yoshida defended the trailer featured at the PlayStation 5 Showcase and said that it wasn’t final and its only purpose was to show what the game will look like.

From FFXIV stream: They already well aware about the comments about Final Fantasy XVI's graphics.
– Graphics are obviously not finalised. Still working on it.
– Wanted to show footage representing the actual game instead of the usual type of reveal that is not (CG). pic.twitter.com/Ve0dLzdDBh

The developer further explained that the team didn’t want to introduce the game with a CGI trailer that didn’t reflect the final product which meant showing a trailer that was more of a prototype than some might be used to.

Naoki also added that from an interview at the recently concluded Tokyo Game Show that the timing for the teaser trailer wasn’t the best but the development team felt strongly that Final Fantasy 16 should still be shown as-is instead of using fakes, even if it meant fans would criticize its graphics.

After Naoki’s response became viral on social media, a lot of fans became more understanding of the situation. Some fans even appealed with a notice that these were the same developers that released Final Fantasy 14, changing it from a desperate failure to one of the best MMORPGs in the market. Others accepted that they missed the discussion completely, stating that the game looks good enough to be hyped over.

This Final Fantasy 16 ruckus speaks to a greater issue in the gaming world, the broad gap of information when it comes to home these games are created between producers and even the most enthusiastic gamer.

Yoshi-P said today in the FFXIV Square Enix TGS2020 stream that a teaser site for Final Fantasy 16 will be revealed at the end of October 2020!!!

The site will have information about the characters as well as the world.

An identical problem came up with the gameplay reveal for Halo Infinite, which was massively ridiculed as weak-looking compared to other titles launching for the next-gen consoles. In both situations, a CG teaser likely would have alleviated the problem but it wouldn’t have introduced what the game was really going to look like on particular hardware.

Only those who are working in the industry really understands what a pre-release build looks like over a final product, as well as the number of games that cross the finish line when it comes to release day.

Final Fantasy 16 is set to be released exclusively on the PlayStation 5 in 2021.