The team behind Hogwarts Legacy is working hard to show that the controversy surrounding it would not define the latest game. J.K. Rowling, the author of Harry Potter, has been scrutinized online in recent years for her dismissive remarks towards transgender people, as well as retroactively turning main protagonists gay to make them more diverse. This triggered some discord within the Hogwarts Legacy team, with several members attempting to try to distance themselves as much as possible for a game that benefits Rowling.

Last summer, Hogwarts Legacy was announced as an original RPG set in the Harry Potter universe. Players will take on the role of a pupil at Hogwarts, a magical academy, decades before “the boy who lived” arrives. The game can reveal several previously unknown aspects of the universe, such as its origins as well as legendary sites.

The game seems to be quite promising, but recent events have raised some concerns. Troy Leavitt, the game’s lead designer, has come under scrutiny after journalist Liam Robertson learned on his own YouTube channel that he has a history of promoting controversial Gamergate rhetoric.

Warner Bros. hasn’t explicitly discussed the issue, but it has attempted to solve it in a separate manner. According to Bloomberg, creator Avalanche is attempting to incorporate trans characters in Hogwarts Legacy by allowing character creation freedom.

Regardless of body type, players can choose a male or female voice, as well as whether they’re addressed as a witch or wizard, which ultimately determines their dorm. As it was reported using unnamed information, Warner Bros. and Avalanche have not “officially” confirmed this. 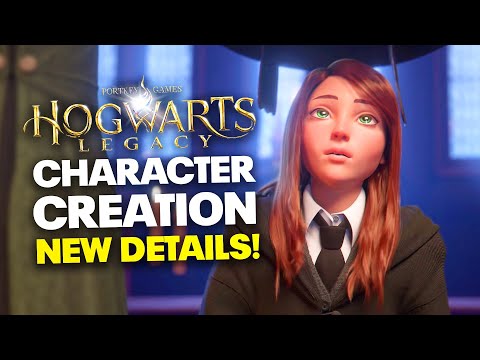 It’s unknown if this was a PR stunt to win over audiences or whether it was something that had been scheduled for a long time. The release date of Hogwarts Legacy was recently pushed back from 2021 to 2022, allowing the developers more time to polish the game and ensure it measures up to the hype. There’s no exact release date yet, so it’s possible that fans will learn more later this year.

Of course, diversity is essential, but it doesn’t solve the problem – in fact, it can exacerbate it. If the developers are working to incorporate trans characters but do not personally accept them, it will have an effect on how they are portrayed. It can be done poorly, in an unappealing manner, or even without the care and attention it needs, serving more as a publicity ploy for Hogwarts Legacy rather than a radical effort at inclusivity.