Despite the technological advancements in recent video games, the gaming community will always have a soft spot for 2D and pixel art titles. This coming Winter, there will be another addition to the 2D platformer genre entitled Horned Knight.

Developed by Josep Monzonis Hernandez and to be published by 2Awesome Studio, Horned Knight is set to release on PC and various consoles some time during Winter. Meanwhile, the game’s Alpha Demo was released during the Steam Autumn Festival.

That being said, Horned Knight is heavily inspired by the “Golden Age of arcade gaming.” As a result, it features retro-style gameplay mechanics along with pixel graphics. You get to play as the Hero Knight in this game, as he traverses a castle that has been overrun with ghouls and the undead.

The Hero Knight sets off on his journey with a light load, only bringing with him his sword and his Horned Helmet. 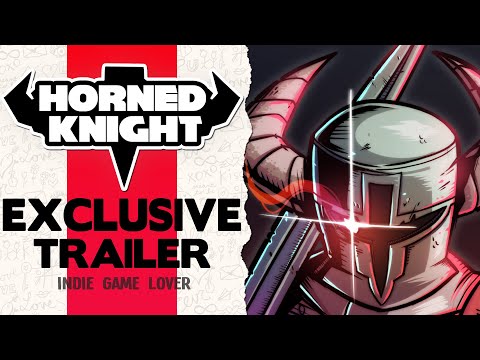 Since Horned Knight is an action platformer title, you have to be really careful with where you move. Similar to other platformers, you can’t just move around all willy-nilly; every action made needs to be precise and well-calculated, as you jump across a variety of obstacles and enemies.

In addition to that, you also have to put into consideration the fact that the Hero Knight can climb up walls. To reiterate: timing is everything, even when it comes to using the Hero Knight’s sword.

Interested players will be able to binge this game for hours, as Horned Knight features four different worlds with over 30 levels overall. Each level will have a variety of monsters and creatures for you to contend with, along with major bosses.

The developer, Josep Monzonis Hernandez, once mentioned that Horned Knight will have intense boss battles along with difficult patterns for you to remember – perfect for those gamers who want more of a challenge.

That being said, Horned Knight has two different difficulty modes that you can attempt to master. The first mode makes the combat aspect of the game much easier so that you get the chance to enjoy the story as well as the castle’s environment.

On the other hand, those who want intense battles can turn to the hardcore difficulty setting, as even the most experienced of platform gamers will probably break a sweat with this one.

Moving on, you might come to notice that the Hero Knight only has a few heart pieces – three to be exact. As such, you really need to make sure that you hold onto these pieces as best as you can because the game will only get more difficult as you pass through each level.

Thankfully, Horned Knight has a lot of checkpoints scattered across the various worlds and levels, so you don’t have to worry about having to go too far back. Although, those who want to experience the harder difficulty mode might notice that there aren’t as many checkpoints.

In any case, the action-platformer has a pretty revitalizing soundtrack that will surely keep you hyped and energized as you make your way through the many obstacles.

Horned Knight currently has a PC demo available, but the full game is scheduled to release this Winter.