We can’t imagine it either, but there was once a time when InnerSloth’s Among Us wasn’t as popular as it is today. In fact, not a lot of people knew what the game was or that it even existed. However, thanks to Twitch streamers and other similar content creators, the social deduction game quickly rose in popularity during the summer of last year—and remains popular even today.

As a matter of fact, it’s considered to be one of the most played multiplayers as of late, and even reached half a billion active players in November 2020 alone. That said, the sudden surge in popularity caught developer InnerSloth by surprise, which meant that it had to do a lot of adjustments and changes to accommodate all the players and make the game better overall.

Although the developer plans on releasing more updates this year, fans will have to be patient and wait a little longer. InnerSloth posted an explanation on its official website for why the updates are taking so long to go live. For one thing, the small team of developers had to go back and support a game which they once thought was already over and done with.

After all, Among Us was released in 2018 and InnerSloth was already working on a sequel to the game before deciding to cancel it. However, the developer also had to overhaul the game in order for them to efficiently keep on working and improving the current title. Two months have been used up on restructuring the game alone, as well as other miscellaneous behind-the-scenes work, which meant that the team had to work on other things outside of the game.

Although this resulted in slower updates, this could mean that InnerSloth’s efforts in the future will be easier and more streamlined in the future. At the moment, the next major updated for the game that many have been looking forward to is the Airship map, which was announced during The Game Awards 2020 with a trailer. 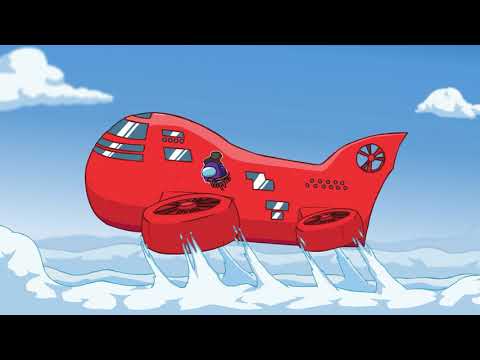 InnerSloth didn’t set a specific date for when the update containing the new map will launch, but the team is hoping to release it by early 2021. So, fans can rest easy knowing that they have Among Us-related content to look forward to at the beginning of this year, possibly within the next few months.

Among other things, the developer will also be introducing accounts to Among Us. It wanted to implement this feature sooner, but it’s finally almost ready. InnerSloth also mentions that it plans to release a public roadmap to its fans, so that dedicated players will remain informed about what the developer has in store for the game.

While this roadmap will contain information about new and upcoming features, InnerSloth won’t be including specific dates at least until it’s completely sure that it will be able to meet those dates.

ICYMI, the Nintendo Switch port of Among Us was also launched late last year. As expected, the game was also quite popular with Switch users, so much so that the game even became a part of the eShop’s bestsellers list.

Preparing for Season 5: Get To Know the Characters of High School DxD