The Last of Us Part 2 has been out for nearly six months now, so fans wouldn’t expect the game to have any new trailers and the like. However, in a surprising turn of events, Sony has dropped a brand-new story trailer and it’s completely dedicated to the infamous Abby and her perspective of the game’s events.

That being said, new players or those who are still planning to get into the game should proceed with caution before watching the trailer because it has a fair amount of spoilers.

This new, Abby-centric story trailer begins with her bearing witness to Joel killing her father at the end of the original The Last of Us game. The trailer then fast forwards to the future, specifically to the events that take place in the sequel.

At this point in time, Abby only has revenge in her mind. What’s interesting is that this trailer provides a more sympathetic perspective to Abby and her story. This may be confusing to those who haven’t played The Last of Us Part 2 yet, but those who have made it halfway through the game will completely understand the purpose of the trailer. 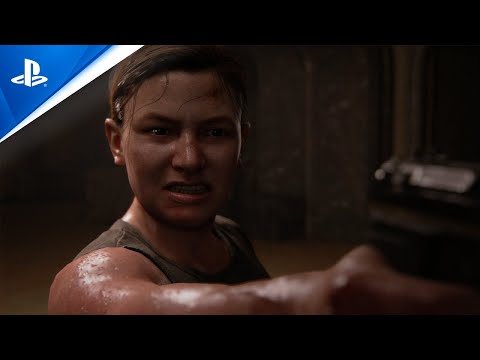 There’s a big portion in The Last of Us Part 2 — this takes place more or less halfway through the game — wherein players are given the chance to take control of Abby. This part of the gameplay garnered polarizing opinions from fans, as expected.

Some fans liked this tidbit because it humanized the supposed “villain” in the game, letting players see that not everything is simply black and white and that beloved characters such as Joel and Ellie aren’t always in the right.

However, other plays weren’t happy that they had no choice but to play as a character that they disliked. As a result, they criticized the game for focusing on other aspects and straying away from characters that they cared about.

Even though Abby has been a point of contention ever since The Last of Us Part 2 was released, this new story trailer highlighting her character surprisingly hasn’t been flooded with hate.

Although it can’t be helped that there are a couple of mean or sarcastic comments here and there, there are also a handful of positive and amusing ones that are just trying to lighten the mood.

At the time of writing, the Abby story trailer has about 23k likes while there are only 12k dislikes. So, it might be safe to assume that the hatred many fans felt towards Abby has died down at least a little bit.

The hate surrounding Abby during the time The Last of Us Part 2 launched was incredible. In fact, gamers were already hating on her even before the official release because a massive leak took place and revealed a major story development, including a particular scene that fans just couldn’t accept.

Now that this trailer has been released, we wonder if the fans’ reception of Abby would have been different if they didn’t know about what she was going to do. In any case, we can’t change the past but it’s cool of Sony for not shying away from releasing a potentially controversial trailer.