League of Legends, despite being a relatively old franchise, still finds various ways to remain relevant in an overly-saturated industry. League of Legends: Wild Rift was only recently released for mobile devices, but Riot Games still has a lot planned.

Ruined King: A League of Legends Story is set to release on the Nintendo Switch, PlayStation 4, Xbox One, Steam, and the Epic Games Store some time in 2021. On the other hand, it will be launched on the PlayStation 5 and Xbox Series X and Xbox Series S versions shortly after its initial launch.

For those who get the game on their respective PS4’s and Xbox One’s and plan to upgrade to the next-gen consoles, they will, fortunately, be able to upgrade the game for free.

Asides from its expected release window, the publisher has also shared other details about the upcoming title, such as the fact that it’s going to be a singleplayer, turn-based game. In addition to that, Ruined King will be set in Runeterra – or more specifically, in the Bilgewater and Shadow Isles regions of that planet.

Another exciting detail that was revealed by Riot Forge is the list of characters that will be available in Ruined King. League of Legends fans will definitely know who they are, as Ruined King’s roster of playable characters will still be League of Legends champions. Namely, you will be able to play as Miss Fortune, Illaoi, Braum, Yasuo, Ahri, and Pyke.

At the moment, Riot Forge hasn’t given fans a preview of the upcoming RPG’s gameplay just yet. However, the publisher has told fans that it will provide more information about the title before the year ends. 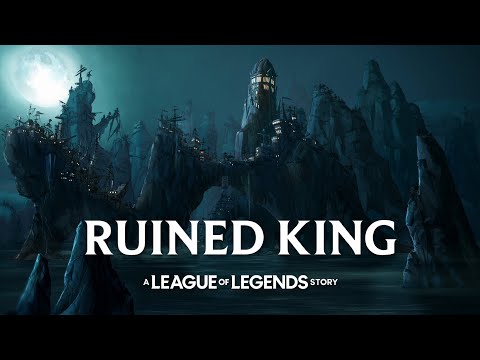 That being said, this will be the first game that will be released under Riot Forge’s label. After all, it’s a pretty new indie publishing label by Riot Games, only having been revealed to the public last year.

This was Riot Games’ way of collaborating with other talented developers in order to expand and improve the League of Legends universe into other games and genres. It’s actually quite nice to know that Riot is willing to widen its horizons and that it’s not boxing its highly-popular franchise into one category.

Among other things, Riot Forge is also working on another League of Legends spinoff called Convergence, which is developed by Double Stallion Games. Convergence will be released on consoles and PC as well, just like Ruined King, although this title doesn’t have a release window just yet.

For now, that’s all the upcoming League of Legends games. In other words, two titles will be added to the franchise’s ever-increasing library of games. The card game called Legends of Runeterra was also released earlier this year – a complete deviation from League of Legends’ usual genre.

Cost-Saving Tips for Those Who Tend to Move Often

Whiplash: What you should know about recovering from this type of...