Nintendo fans got a new look at a variety of projects that the company is working on earlier today. In June, new titles were unveiled during the first Nintendo Direct since E3, including Kirby and the Forgotten Land. In addition, the presentation showcased titles that had already been disclosed. Splatoon 3 was a popular project shown in the Direct. Inklings fans were treated to a slew of fresh facts regarding the series’ third installment.

Splatoon 3 is the forthcoming game in the top-rated Splatoon series, which was announced at a Nintendo Direct back in February. The franchise began with the original Splatoon on the Wii U in 2015, making it one of Nintendo’s more recent IPs.

Since then, it has spawned a sequel, Splatoon 2, as well as the inclusion of the series’ inkling character in Super Smash Bros. Ultimate. Splatoon 3 is Nintendo’s attempt to keep the fun times and ink splatting going.

While certain information about Splatoon 3 were already known to fans, a new teaser and update from the Squid Research Lab recently provided gamers a much clearer look at the next game. To begin, fresh information regarding the forthcoming narrative mode “Return of the Mammalians” was revealed.

While key narrative details are unknown, it appears that the story focuses around Agent 3 as she examines the planet’s disappearance of animals. Several familiar adversaries from the Octarian Army were shown in the gameplay clip, although they looked to be coated in fur this time. In addition, Agent 3 appears to be aided by some familiar faces, as glimpses of Callie and Marie were spotted.

In addition to this new look at the narrative mode, Splatoon 3’s multiplayer features were shown. While the fundamental premise of Turf War remained mostly unaltered, the creators introduced a slew of new weaponry, like the Trizooka, for players to try out. 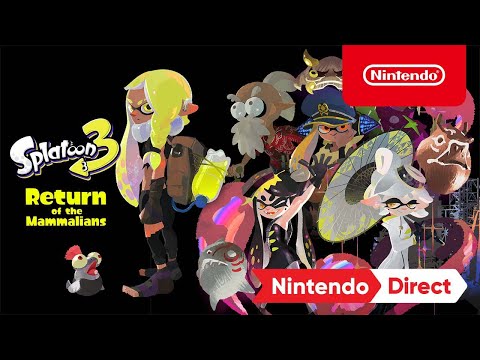 In the video, an inkling can be seen flying a Crab Tank that can coil up and roll around the arena. A unique weapon that turned inklings into a type of ink-ninja known as Zipcasters was also spotted. In this state, inklings may utilize their elastic tentacles to cling to far locations.

Despite the lack of a precise release date, the February announcement trailer suggested that Splatoon 3 will be released in 2022. It’ll be fascinating to see what more fans learn about this next addition in the entertaining and always colorful world of Splatoon in the coming days.