Mario Golf Super Rush was just announced a few hours ago during the Nintendo Direct February 2021 online streaming event. The Mario Golf franchise, which sees everyone’s favorite plumber putting green along with his friends, started all the way back in the NES Open Tournament Golf on the Famicom Disc System. The series was popularized as Mario Golf on the Nintendo 64, and the latest installment came in 2014 with Mario Golf: World Tour for the Nintendo 3DS.

While the franchise may not be as famous as more mainstream Nintendo franchises such as Super Mario Bros. or Legend of Zelda, the Mario Golf franchise has become a long-running staple of Nintendo gaming.

With over seven years since the last entry in the franchise, a lot of fans have started expecting a new release. Back in November 2020, a rumor started going around that a new Mario sports game, probably Mario Golf, was in development by first-party Nintendo developer Camelot. The game was speculated to be scheduled for launch in early 2021 for the Nintendo Switch.

During the recently concluded Nintendo Direct event, the developer revealed Mario Golf Super Rush, a new entry in the Mario Golf franchise. The game will feature a couple of familiar Mario characters such as Bowser, Waluigi, Yoshi, and Mario himself.

Terrain scanning and a slope gauge will let players patiently work out the perfect putt for a hole in one. Different game modes will significantly change how the game of golf is played, specifically a Speed Golf mode where players must take a shot then run to their ball for a quick change of pace. The game will let players use their original classic button controls or opt for motion controls using the hybrid console’s Joy-Cons. 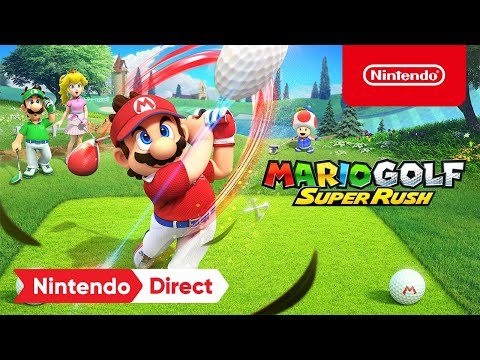 The Mario franchise may be over three decades old, but the energetic Italian plumber shows no signs of slowing down. The latest launch in the series, Super Mario 3D World + Bowser’s Fury, has been considered as a remarkably skillful port of the Wii U game. Launching on the Nintendo Switch, the upgraded game augments on the original launch and features a brand new mode that adds new mechanics to the already colossal release.

The Mario Golf series dates back to Nintendo’s earliest systems, so the fact that it has made it to the current-gen consoles is quite extraordinary. Mario Golf: Super Rush appears to be mixing simulated real-world golf tactics with the series’ iconic speed and color, and the outcome appears quite promising.

Meet Leona: the Newest Addition to Legends of Runeterra