Gamers who want to try out Marvel’s Avengers without having to buy the game can do so during a free weekend of play. While Marvel’s Avengers is accessible on a variety of platforms, Xbox users will be unable to take advantage of the special offer.

Square Enix announced the announcement in a press statement, saying that gamers would be able to try out Marvel’s Avengers without having to buy the game from July 29 to August 1. Marvel fans will be able to play Marvel’s Avengers on PlayStation 4, PlayStation 5, and PC as part of the promotion, which is described as “a celebration of the start of the summer blockbuster season” as well as “the permanent debut of the multiple-hero functionality in the game” (Steam and Stadia).

If users buy the game on the same platform they used for their free trial, all progress and purchases can be carried over after the event is complete.

Square Enix has announced that the full-access free weekend will feature all aspects of Marvel’s Avengers, including both the single-player story and multiplayer modes. Kate Bishop and Hawkeye Operations will also be featured, giving Marvel fans a taste of what the game has to offer before the Black Panther expansion is released. 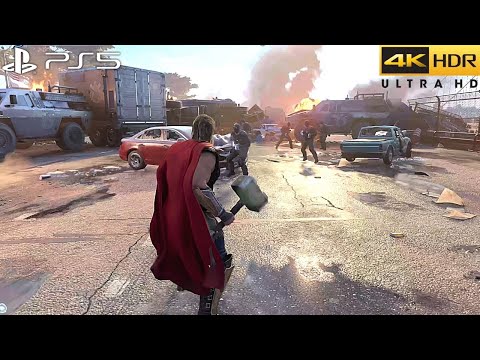 Square Enix has lost money on Marvel’s Avengers due to low initial sales, but it’s anticipated that more people would buy the game to play the next expansion. All owners of the basic game will be able to download War for Wakanda for free.

Although Xbox gamers will not be able to participate in this year’s all-access weekend, Square Enix has vowed that a comparable chance will be accessible in the following months. While Xbox fans will have to wait a bit longer for the promotion, it does indicate that the Black Panther expansion will most likely be available as part of it. The addition of War for Wakanda is expected to boost Marvel’s Avengers campaign to about 25 hours when all expansions and game add-ons are included in.