The previously leaked skin based on Iron Man’s MCU suit from Avengers: Endgame has been verified and will be available for purchase on May 20 in Marvel’s Avengers. The game’s recent attention has been on MCU-inspired skins. The skins for Black Widow and Hawkeye arrived a week apart, and the Hulk will get his Avengers: Endgame skin tomorrow.

About the fact that the MCU-inspired skins are largely realistic depictions of the characters in the film, some fans have expressed dissatisfaction with some minor variations. Any fans chastised Black Widow’s Avengers: Endgame skin when it was shown earlier this month because it didn’t include her classic red and blond hair.

Following her skin were Hawkeye’s and Hulk’s costumes, which included certain hairstyles that differed from what their characters wore in the film. Despite some mixed feedback from viewers, the current suit seems to be the most film-accurate skin to date.

Crystal Dynamics confirmed today in a Tweet to the PlayAvengers Twitter account that a skin based on Iron Man’s suit from Avengers: Endgame will be released on May 20. The suit will be available for purchase via the game’s marketplace and is expected to cost 1400 credits, the highest price for a legendary skin in the game.

Tony Stark’s Mark 85 suit from the Russo Brothers-directed film inspired the skin. It has the character’s iconic red-and-gold color scheme, which is a common trend in Iron Man suits. The skin seems to have intricate designs and slits running along the suit’s joints. Since sacrificing his life to kill Thanos and his army in Avengers: Endgame, the Mark 85 now serves as Tony Stark’s last MCU Iron Man outfit.

The Avengers: Endgame suit for Iron Man is the most recent, though far from the last, MCU skin to be applied to Marvel’s Avengers. Some fans chastised earlier MCU skins, such as Black Widow’s, for having different hairstyles than their film counterparts. Iron Man’s skin, on the other hand, is perhaps the most realistic MCU skin yet, with a virtually similar representation of a suited-up Tony Stark in his final film role. 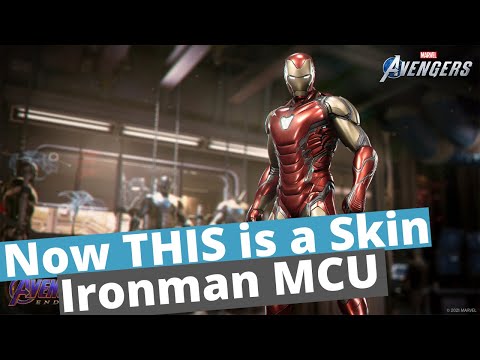 Because of the limitations of the game’s character models, previous skins likely had different looks. Crystal Dynamics may have been able to build a more 1-to-1 skin while Tony Stark is easily shielded under a suit of armor.

The MCU skins for Thor and Captain America are the only two that have yet to be publicly announced for Marvel’s Avengers. Crystal Dynamics will most likely release their MCU-inspired skins in the coming weeks to complete the Avengers: Endgame pack.

Everything You Need To Know About Warframe Elite Sanctuary Onslaught