Thanks to data mining, new Genshin Impact leaks dozens of new information for the upcoming 1.1 update which will introduce, new items, characters, features, and more. In the past few weeks, there have been consistent speculations and rumors that gave fans more details on what to anticipate in what the new content has to offer, and much of it looks credible and correct.

Players of Genshin Impact have been patiently waiting for an update, with many already having arrived at the end of the available plot, and the persistent having already maxed out most of their available characters.

With little left to do, miHoYo, Genshin Impact’s developers, need to do something to keep their community invested in the game. Fortunately, data miners are giving the development team extra time to make sure the quality of the update is up to every fan’s standard.

Polonoid75 posted on Reddit a comprehensive summary of all the leaks that have been verified for the v1.1 update, getting all the juicy information in one accessible place. Genshin Impact’s upcoming 1.1 updates are scheduled to be released on November 11, 2020.

EVERYTHING we know from leaks and official information about version 1.1 and beyond! [spoilers!] from Genshin_Impact

One of the most significant leaked features is the finale to Chapter 1 for Liyue’s story quests, which initially came to an unexpected end – likely because of the content being unpolished or unfinished. This will also provide players another weekly dungeon to repeat, with only two being available at the current patch.

Other additions to the game will be the new playable heroes Childe and Zhongli, who particularly played notable roles in Liyue’s story. Hopefully, maybe the new characters can contest Diluc’s overpowered moveset.

A new feature also being added into the new patch is called reputation which gives players a huge incentive when exploring and doing side quests. Reputation levels are unique to the region and will give freebies such as item recipes, glider skins, and profile cards. 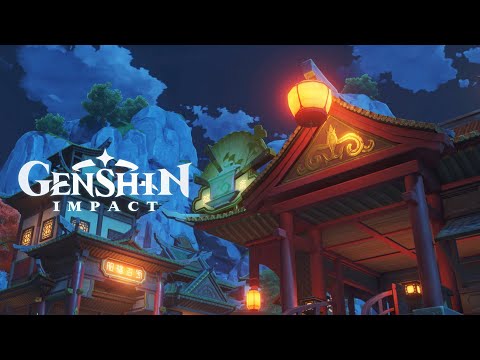 This allows players who have finished the majority of Genshin Impact’s storyline something to grind out. There are also other features such as the Condensed Resin which is a helpful method for players to save Resin for later consumption. There will also be item locking which makes sure players don’t accidentally convert rare artifacts.

Speaking of new items, there will also be new five-start weapons along with consumables such as the Portable Teleporter which allows players to summon a teleporter anywhere on the map that will last for seven days. The update will also contain new events such as the one that tests the abilities of players to create delicious dishes using the game’s unique cooking feature.

miHoYo appears to be going all out for the game’s first main update, so players from all over the world will have something to do with the next update. One of the most notable complaints in the game so far is its Resin System which is seen as too restricting when it comes to repeatable dungeons, but the update leaks don’t seem to fix it. Regardless, the free to play the game is still exceptionally fresh with more occasional updates on the way, so the developers have enough time to address these issues in a future update.