The season for sports games has come, with several yearly sports titles preparing for their newest release across the gaming globe. With Madden NFL launching its newest title on September 10 and FIFA and NHL ready to launch in September and November, NBA 2K22 takes the limelight as the next major title set to release. The forthcoming basketball game has revealed additional information throughout the summer, including a gameplay trailer for the newest NBA 2K title.

NBA 2K22 has already revealed a lot of key elements regarding the newest installment in the yearly franchise. NBA 2K22, starring six-time WNBA All-Star Candace Parker, will be the first game in the NBA 2K series to feature a female player on one of its covers, as well as a revamped quest system for the franchise’s renowned MyCareer mode and a number of other improvements. The most essential aspect of any sports game is the gameplay, which is shown in the latest teaser.

Fast-paced sequences were accentuated with stylish visuals in the video, emphasizing the game’s speed. Many of the scenes included NBA legends like Kevin Durant and LeBron James, who are presently playing in the league. Several gaming highlights also included a large number of unique player animations from some of the NBA’s greatest names, including Luka Doncic of Dallas and Stephen Curry of Golden State.

In the second part of the teaser, some of the WNBA’s greatest talents, including cover athlete Candace Parker, were seen in action in NBA 2K22. The WNBA was included in NBA 2K20 a few years ago, making it the first major sports game to offer a domestic women’s league. NBA 2K22 also includes a slew of upgrades to the WNBA’s career mode, demonstrating 2K Sports’ commitment to the women’s league. 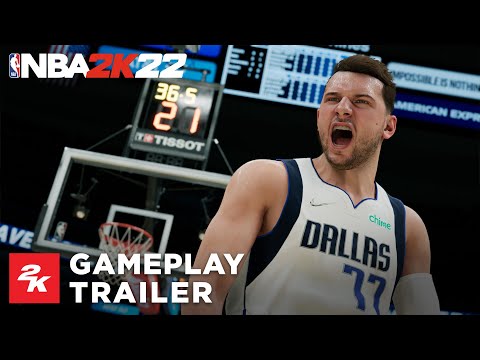 NBA 2K22, like many other sports games, has received a lot of negative feedback from fans in the past. Many fans criticize the annual games for looking and feeling the same year after year, with no obvious gameplay improvement.

The latest installment in the NBA 2K franchise appears to be addressing these issues with improved single-player content and improvements to several of the game’s finer features, such as dribbling and shooting.

Only time will tell if the next installment in 2K Sports’ flagship franchise is the genuine improvement that fans have been anticipating.

Bubble Bobble 4 Friends: The Baron is Back! Now Has Official Release Date

Sam and Max: Save the World Remastered Gets December Release Date