Centipede was first released as an arcade cabinet in 1981 by Atari. The essence of a vintage game classic, Centipede: Recharged, has been transferred, recreated, and re-released numerous times over the previous forty years and is now getting a fresh lease on life.

On Tuesday, Atari released a trailer for the relaunched game. Although the publisher has yet to set a release date, the teaser reveals how Centipede: Recharged intends to revitalize the series.

Some of these additional modes were teased in the game’s reveal trailer. Indirect Approach is one of them, and it requires the player to shoot around a wall of unbreakable boulders. Another game, Bomberman, gives the player a large number of bombs with which to blast adversaries.

Wilderness, Flea Extermination, Spider Invasion Arrows, A Clear Path, Super Centipede, Don’t Kill a Centipede, and Four Chances are all included in the teaser. This isn’t an exhaustive list, and it’s unclear exactly what each mode includes. Regardless, the Atari classic appears to have a wide range of variants. 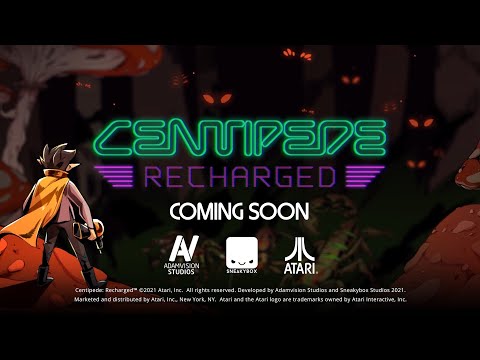 In a quick interview, Nickerson explained to Axios how he almost lost his chance to revive the arcade classic. He claims his relationship with Atari began when he spotted an Atari email in his spam folder. Atari contacted Nickerson and gave him a catalog of titles, asking which ones he wanted to recreate. His favorite game as a kid was Missile Command, thus it was an obvious first pick.

Nickerson also shared his expectations for Centipede: Recharged. The independent game creator wants to remake his favorite old games while adding new features and concepts. He also believes that Centipede: Recharged will bring the classic arcade game to a new generation of players. There’s a good chance of accomplishing that goal if the future game has the same positive reaction as Missile Command: Recharged.

Two Projects on the Cardano Blockchain Argue Over Failed Promises