The developers for Civilization 6 have recently revealed details for the newest DLC that will be included in New Frontier Pass. New Frontier Pass is a six-part pack and features new downloadable content bi-monthly, along with new leaders and game modes.

Now, this upcoming DLC for Civilization 6 will be full of new features, such as two civilizations, a new map, and even a new game mode. 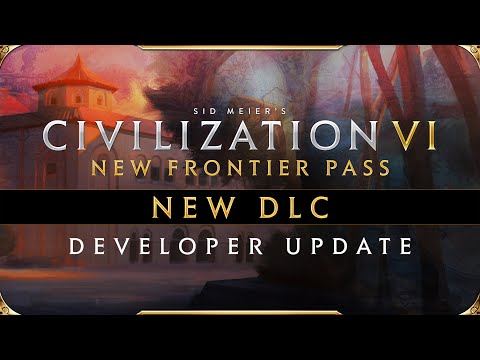 These two new civilizations are going to be Gaul and Byzantine, both of which are situated in Europe. That said, we don’t know who the leaders of the new civilizations will be, so it would definitely be interesting to find out given that these two regions were deeply involved in historical conquests.

Among the other things included in the DLC, you’ll find the Dramatic Ages game mode. For this new mode, every age advancement that takes place will put your civilization in either a Golden Age or a Dark Age.

For the Golden Age, your civilization will experience a boost in citizen loyalty. On the other hand, there will be rebellion and unrest during the Dark Ages.

This anticipated New Frontier Pass DLC will also include a brand-new map script called Highlands. This map script will feature hills and mountains, which will give you strategical challenges.

Although we still have no clue who the leaders will be, the revealed content for this DLC has already been pretty exciting in and of itself.

You can play Civilization 6 on multiple gaming platforms like Linux, Nintendo Switch, PC, PlayStation 4, Xbox One, and even on your iOS device.