Genshin Impact, a popular live service game, has had a rough couple of months. MiHoYo’s open-world adventure game is still getting fresh material, including a completely new location named Inazuma that was released earlier this summer. The continent is based on the real-life country of Japan, and it’s jam-packed with things to do, locations to explore, and missions for players who have attained Adventure Rank 30 or above.

Genshin Impact has continued to release new content since the vast 2.0 update, including a crossover event with Guerrilla Game’s Horizon: Zero Dawn series. Along with Aloy being a playable hero in Genshin Impact, the 2.1 update included new events, activities, and four new heroes, one of them is Baal, the formidable Inazuma Electro Archon. Now, the title is gearing up for the entrance of Sangonomiya Kokomi, the next great 5-star character and Baal’s adversary.

Fans get their first glance at the rebel general from Watatsumi Island in the latest teaser video for Genshin Impact. Kokomi is a tactics expert as well as the island’s Divine Priestess, despite her outward appearance. Though she is adept in the art of war, issuing instructions and tactical commands to win the Vision Hunt Decree battle, the trailer underlines her young age and the concerns that she is ready for such a responsibility.

In addition to the teaser trailer, MiHoYo revealed further details about Kokomi’s skills and capabilities in front of her September 21, 2021 debut. Kokomi is primarily a support character that may use hydro-based abilities to aid in the healing of her teammates.

Kurage’s Oath is an elemental skill. This summons a Bake-Kurage, who heals allies at predetermined intervals based on Kokomi’s maximum HP while also putting her in the Wet state. Bake-Kurage also does Hydro damage to opponents in the vicinity. 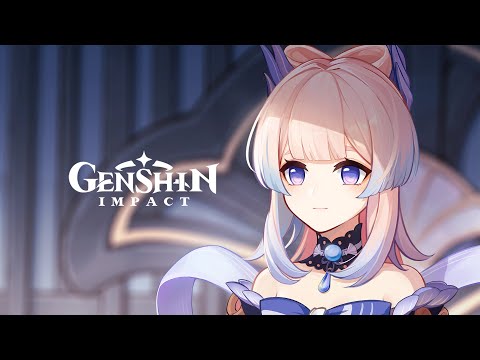 Nereid’s Ascension is an Elemental Burst skill. Surrounding foes take Hydro DMG, and Kokomi is robed in a Ceremonial Garment. Kokomi’s damage rises dependent on her maximum health, she drains life from her friends, becomes impervious to interruption, and may glide on the water’s surface when wearing the garment. When Kokomi departs the field, these effects vanish.

With Kokomi representing the opposing party to Raiden Shogun, it’ll be fascinating to watch where MiHoYo takes the tale now that both characters are available to add to the fast-growing roster. Fans who have obtained Baal have already seen that she is a strong character that, owing to her electrical powers and polearm weapons, can play both the support and burst DPS roles.