How time flies! In celebration of Super Mario Bros.’ 35th anniversary, Nintendo has announced the release of Super Mario 3D All-Stars for the Switch. This is a collection of the optimized versions of three other Mario games, namely Super Mario 64, Super Mario Sunshine, and Super Mario Galaxy.

Not only that, but this collection will feature an in-game music player mode, which will allow you to listen to all the songs and music featured in all three games. Just like in Super Smash Bros. Ultimate, all tracks can be played even when the screen is turned off. 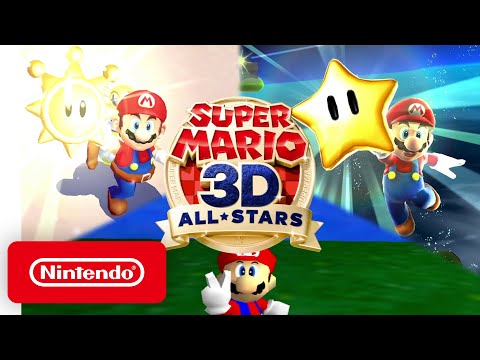 Everything in the collection has updated Joy-Con controls with rumble, and you can still even make use of the motion controls in Super Mario Galaxy if you want to. All three games will have optimized resolutions, but there will be an updated 16:9 aspect ratio for Super Mario Sunshine.

Nintendo also revealed that the physical copies of Super Mario 3D All-Stars will be limited. Additionally, it appears that the game will only have a digital release until March 31, 2021. We’re still waiting for more information from Nintendo as to whether or not they will be releasing the collection again sometime in the future.

Fans are also a bit disappointed to find out that Super Mario Galaxy 2 is not a part of Super Mario 3D All-Stars. It’s possible that Nintendo has future plans for this game, but for now, it’s suspiciously absent from the Super Mario recap in the big Mario 35 Direct and there’s no news yet if they will be releasing it for the Switch anytime soon.

Also, we noticed a small disclaimer on the Super Mario 3D All-Stars product page. It states that you’ll need an extra set of Joy-Cons if you wish to play Super Mario Galaxy in co-op on a Switch Lite.

However, Nintendo has clarified that Joy-Con motion controls will only be used in Super Mario Galaxy for the star pointer in docked mode. In handheld mode, on the other hand, you can use the touch screen to control the star pointer.

Super Mario 3D All-Stars will be released for the Nintendo Switch on September 18, but you can go ahead and either pre-order it or add it to your wishlist via the Nintendo eShop.