Starting today, September 1, 2020, Nintendo eShop users can now cancel any pre-ordered game made on the digital store as long as it is seven days before the game’s scheduled release date. Cancellations can be made through the Nintendo eShop Menu located in the Nintendo Account settings on the Switch.

With the new update, payment will be subtracted a week before the game’s scheduled release date rather than at the time of purchase. However, pre-orders which are made seven days before a release will have no cancellations and payments will be processed instantly.

Microsoft and Sony have allowed their users to cancel pre-orders if they change their minds before the game is released but Nintendo previously did not allow this to happen, both for US and European users. In contrast, both Microsoft and Nintendo gave users the chance to request digital refunds even after a game has been released. However, refunds will only be granted depending on the individual’s circumstances. 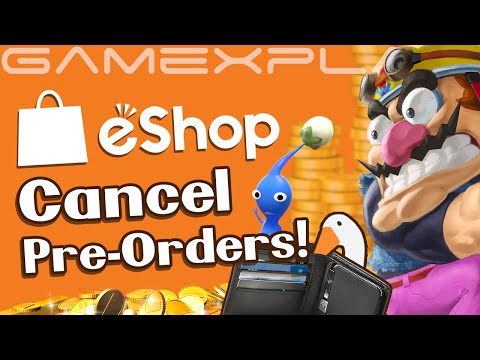 Last year, Nintendo was charged by Norwegian and German consumer rights authorities over this issue. The group claimed that restricting pre-order cancellations violates European Law. However, the court later ruled out that Nintendo Europe was not obliged to refund to their consumers who wanted to cancel their online pre-orders.

Back then, users who pre-ordered a game in the Nintendo eShop were obliged to agree to a non-playable edition of the game is pre-loaded on their Nintendo Switch. The Japanese gaming company favorably argued that the download defined the fulfillment of its contract rather than when a product was playable. The court’s decision was immediately appealed but based on the law it could take almost two years before the case reaches a decision again.

In related news, Sony’s PlayStation also announced a new refund policy for its PlayStation Store last year. This gave their users at least 14 days to cancel their PlayStation 4 digital purchases. This new policy covers pre-ordered games, released DLCs, and games that their players haven’t streamed or downloaded yet.

After the policy change was implemented on the PlayStation 4, UK’s Competitions and Markets Authority started an investigation to find out if Microsoft, Sony, and Nintendo eShop’s online gaming policies are violating consumer protection laws.

PlayStation 5 Tips: Transferring PS4 Games and Save States To Your Next-Gen Console