Because of an unexpected bug, the annual Fortnitemares Halloween event challenges ended in Fortnite a day earlier than scheduled. Although the celebration already lasted for almost three weeks, even a single wasted day is a problem considering how many rewards could have been unlocked by players on its final day.

The Fortnitemares Halloween event is a yearly commemoration of the scariest time of the year. Similar to almost every other live-service game in the market, Fortnite releases themed in-game celebrations with a plethora of unlockable freebies for players to grind. This year, the returning event leaked earlier, revealed roughly a dozen cosmetics and skins modeled after undead monsters like zombies and vampires, as well as skins for pickaxes and backpacks.

Based on a November 2 emergency update posted on the Fortnite Status Twitter account, an unanticipated bug is to blame for the early end of Fortnitemares Halloween event. Sadly, the development team wasn’t able to simply restart the event so that players could complete them as intended.

Due to an issue, our Fortnitemares Challenges have ended a day early. We apologize for the inconvenience and are working on a make good plan for affected players.

We will update everyone when we have more information.

Instead, the developers are planning on a better solution for the concerned players in order to repay them for their troubles. There’s no specific date on when a fix will be instated, but once it is prepared, the developers will immediately inform the gaming community.

Some fans might have been a few steps away from completing the entire set of challenges, and judging by the replies to the tweet, they are relieved to learn that a solution is on the way. The current Fortnitemares Halloween challenges weren’t super hard to finish, but they nonetheless needed some effort, mostly in finding and properly pulling off the objectives. 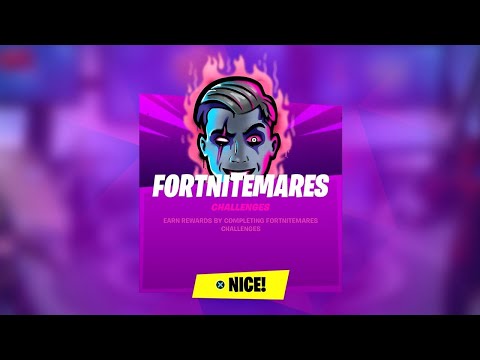 One of the easiest challenges was the Shadow-related quest which demanded players to die and respawn as a notorious ghost three times during the Halloween-inspired Fortnitemares game mode. It didn’t involve any particular skills but was an assured 40,000 points in the bag.

A different, considerably more complex challenge was the Shadow Midas challenge which demanded players to fight and defeat the powerful antagonist in order to obtain a Mythic Weapon. Basing on the fact that the Fortnitemares challenges are first and foremost centralized on giving new cosmetics, the development team’s restorative fix will possibly involve forking the missing freebies over to players who joined the event.

It’s improbable that Epic Games will treat each member of the Fortnite gaming community with these Halloween apology rewards, but those who were on the brink of finishing the whole set of challenges can likely expect reasonable compensation for their efforts.