The 2000s was a nesting ground for freeware indie horror games, and those who were especially fond of hanging around the internet during that era would be more than aware of that. One game that was extremely popular during that time was Mad Father.

Mad Father’s gameplay mechanics are most likely familiar to those who enjoy playing story-rich puzzle-solving games with pixel graphics. It’s one of those games that was primarily made on RPG Maker, where you control a character from a top-down perspective and interact with a bunch of different items within your immediate surroundings.

If you’re familiar with the indie title To The Moon by Freebird Games, then it looks very similar to that except the genre is horror. Upon Mad Father’s release, a bunch of other similar games also gained a decent amount of fans.

This type of pixel horror was made even more popular by the famous YouTuber PewDiePie, along with vgperson’s English translations that could be downloaded for free. Some notable titles included Yume Nikki, The Witch’s House, IB, and The Crooked Man. 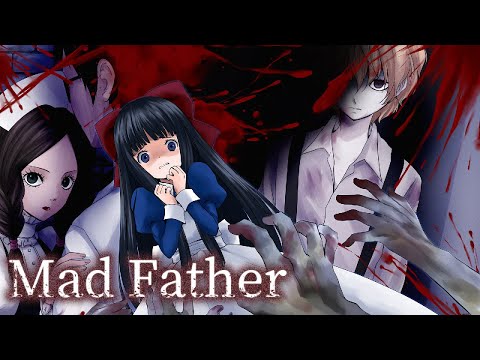 Some of these games had a massive following, even going so far as to reach 1,150,000 downloads in Japan alone back in 2014. Similar statistics could be seen from the English side as well.

In a recent announcement, publisher Playism has revealed that a Nintendo Switch and PC remake is in the works for the indie horror title, Mad Father.

The idea of a Mad Father remake is definitely exciting to think about, especially since Playism has confirmed that the remake will significantly improve the game’s graphics as well as include new events and maps.

Not only that, but fans will finally be able to use their gamepad to play Mad Father once the remake is released. Among other new features, the upcoming remake will also include a new “Blood Mode,” which will only be an available option once you have fully played the game at least once.

Plus, this mode will have additional scenarios that will greatly change the direction of the game’s storyline. If you’re interested in delving deeper into the characters’ backstories, then you will definitely want to play this remake.

If you’re unfamiliar with Mad Father and what it’s all about, the game has you following the story of the young heroine, Aya. Aya lost her mother exactly a year before the events of the game, while she has a father who does mysterious and questionable experiments in their mansion’s basement.

Aya has always felt the need to stay away from knowing too much about her father’s “work,” especially since she can sense that he’s definitely not up to any good, what with the howling and the screaming.

Playing the game as Aya, you have to survive and escape the horrors that have befallen your home, all while exploring the area and finding out the truth about what your father has been doing all this time.