Overwatch 2 will provide additional passive powers for its playable characters, according to Blizzard Entertainment. Overwatch, the first team-based multiplayer first-person shooter, was released in 2016 to widespread acclaim. New maps, skins, and updates to the already amazing roster of downloadable heroes continue to be added to the first game.

Blizzard confirmed Overwatch 2 in 2019, but no further details about the forthcoming sequel have been published since then. According to reports, the game will have a cooperative player vs. environment mode, in which four players will team up and compete against computer-controlled enemies rather than other players.

In order to prevent dividing the game’s online audience, the game is said to share a cooperative multiplayer service with the first Overwatch. Blizzard has released an Overwatch 2 live stream, emphasizing the game’s player versus player mode and significant differences from the first installment.

The game’s creators announced that each class would have brand-new passive abilities during a recent Overwatch 2 Youtube live stream. These passives will extend to a class member and are designed to assist these characters in more fully fulfilling their roles.

Tanks in Overwatch 2 will have less knockback, making it easier for them to hold their ground against enemy attacks, and enemies attacking them will produce less Ultimate momentum. To aid them in traversing the battlefield, all DPS classes that specialize in damage to enemies can earn a movement speed boost. Finally, in order to increase their survivability, help heroes can all gain passive health recovery after avoiding injury for a period of time.

Jeff Kaplan, the former game director of Overwatch and its successor, left Blizzard Entertainment one month ago, and the developer live stream of Overwatch 2 came precisely one month later. Since the game’s release in 2016, Kaplan has served as Overwatch’s game producer, and his constant contact with the game’s audience has quickly made him a household name. 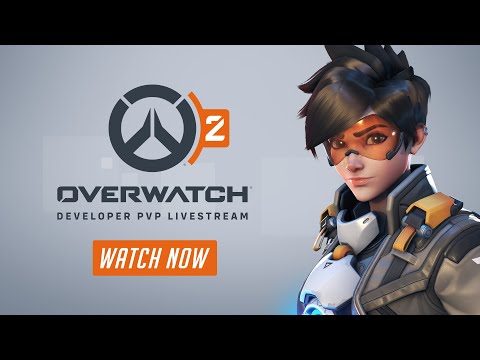 Since Kaplan’s departure, Aaron Keller, a veteran developer who has worked on Overwatch since before its publication, has taken over as the current director of both games. Despite the latest leadership transition, Keller has indicated that Overwatch will receive significant new features in the near future.

Although some players questioned the need for a sequel due to Overwatch’s ever-evolving existence, Overwatch 2 seems to be making significant improvements to the first game’s formula. The latest passive role abilities can seem insignificant at first glance, but each one has the ability to alter the outcome of war significantly. Although these skills are still fine-tuned, viewers will most likely be eager to test out the new mechanics.