BlizzCon Online recently took place, which revealed a lot of new and exciting information about the highly anticipated sequel to the first Overwatch game. For starters, fans can expect Overwatch 2 to put a lot of importance towards PvE and PvP gameplay. These will offer intricate full story campaigns and upgrade trees that fans can enjoy and appreciate.

However, it appears that side missions will also be a predominant feature in Overwatch 2. In fact, Blizzard revealed that it has plans to add ‘hundreds’ of these missions as soon as the game is launched. When playing in Overwatch 2’s PvE mode, players will choose between hero mission and story missions.

Level up your heroes through Hero Missions, coming to Overwatch 2. pic.twitter.com/D3FsRmoEG9

Hero missions will contain a wider hero pool, minor story elements, as well as an extensive selection of multiplayer maps. With hero missions, Blizzard was able to reuse existing Overwatch assets in a great and clever way. With that in mind, it makes sense that Blizzard would put in a lot of effort towards its hero missions. After all, these optional missions are where PvE players go to if they want to upgrade their characters or simply enjoy co-op play.

From their recent presentation, though, it seems that the developer is taking Overwatch 2 to a much higher level because there will apparently be ‘hundreds’ of these missions. More information about Overwatch 2’s hero missions were detailed in the game’s Behind The Scenes video, which showcased the different ways Blizzard will be able to accomplish this feat.

Apparently, the missions will remain fresh due to several ways. First of all, Overwatch 2 will implement a new and dynamic weather system. With this, the locations where missions take place will be diversified. When players check a hero mission, they will be able to see if a particular area is in the middle of a certain type of weather, such as a sandstorm in Temple of Anubis. 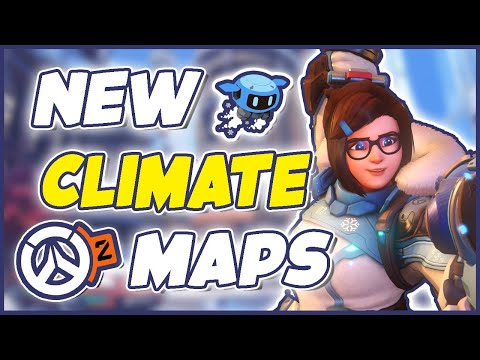 According to the developer, there are specific heroes who will thrive in situations like this. For example, playable characters like Widowmaker and Hanzo will be highly beneficial, as they will still be able to see enemies with no problem despite the weather conditions.

Not only that, Blizzard will also be adding nighttime, sunset, and sunrise variants, along with new areas to PvE versions of maps. Outside of these changes, hero missions will offer Overwatch 2 players will different groups of Omnic enemies to battle against. Combining these changes and additions together, no wonder Overwatch 2 will be able to offer ‘hundreds’ of hero missions.

Even though Overwatch 2 won’t be launched any time soon, fans can rest assured that Blizzard will be offering them with a solid sequel worth waiting for.