Variety is the spice of life, and video games are no exception. Players may occasionally feel like they need a break from the high-stakes adventure of RPGs and the intense action of fighting games. This is where Peppa Pig, My Friend, comes in. Peppa Pig has become a meme among adults while being explicitly targeted towards children. As a result, it’s possible that the new title may appeal to a wide range of age groups.

Players will create their own animal avatar and spend time with Peppa and her family in My Friend Peppa Pig, which appears to be a story-driven game. This is undoubtedly a dream come true for young viewers of the program, but it will also serve as a source of inspiration for funny video makers on YouTube and Twitch.

The video doesn’t reveal much about the actual gameplay, but it claims to be “real gameplay footage” practically the entire way through and shows off some of the game’s fun-looking character creation. It depicts the player’s character participating in a variety of activities with Peppa, including camping, traveling to the beach, playing in the snow, and even visiting the moon. It’s unclear how much gameplay there will be in these sorts of scenarios, but it should be simple enough for small children to participate.

There isn’t much longer to wait for those who are looking forward to the new game. According to the teaser, the game will be published for Xbox systems on October 22nd, 2021. Although the trailer makes it appear like PC, Playstation, and Nintendo users would be unable to participate, the official website confirms that this is not the case. 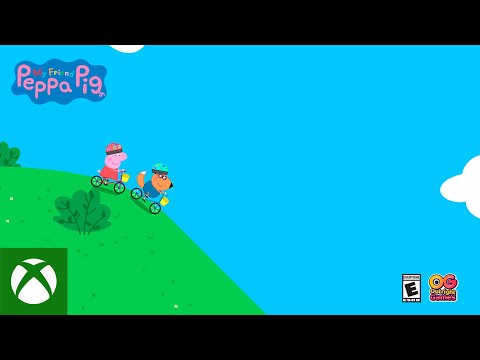 The game will be available on PC, PlayStation 4, Xbox One, and Nintendo Switch. This appears to be an excellent method to entertain children while also allowing them to engage with one of their favorite characters. Fans of Peppa Pig memes may also enjoy romping about with Peppa herself.

It’s also described as a brief adventure with Peppa on the official website, with indications that the plot may change based on what players choose to do. This allows younger players to construct their own unique tale each time they play through the game, which could help give the new title some replayability. More information about the game should be available shortly, so stay tuned.