Sony’s previous generation of console exclusives are now available on PC thanks to a PlayStation 4 emulator. The PlayStation 4 had a slew of exclusive titles throughout its lifespan, many of which are currently unavailable to gamers without a PS4 or PS5 system. On the other hand, PC players may be able to finally experience and preserve these ancient titles thanks to the usage of emulation.

While many in the business despise emulation, believing it to be akin to piracy, it may also be useful for preserving older video games. Older console generations, including the PlayStation 2 and the original Xbox, are nearing the end of their useful lives.

As time passes, the hardware of these ancient devices, notably the batteries, begins to fail. Console exclusive titles that aren’t available on PC or converted to newer platforms will be essentially unplayable if all of these older consoles cease working. By making PS2 games playable on contemporary and evolving PCs, the PCSX2 emulator, which allows PlayStation 2 games to run on a PC, was largely meant to prevent this from occurring.

Emulators can also be transferred to newer consoles, such as ones made by competitors. For example, a PlayStation emulator on the Xbox Series X/S allows users to play games created for Sony’s original gaming platform.

Modern Vintage Gamer discusses a recently released emulator that allows PlayStation 4 games to run on a PC in a YouTube video. Before its public release this week, the Linux-based emulation program Spine was said to have been in development for four years.

While Spine cannot run large first-party exclusive games like God of War or Ghost of Tsushima, it can run select PS4 games like Dead Cells and Sonic Mania on Linux PCs. Unfortunately, downloading and installing Spine is difficult, and the amount of compatible games is limited, but the emulation technology is still in development and will improve over time. 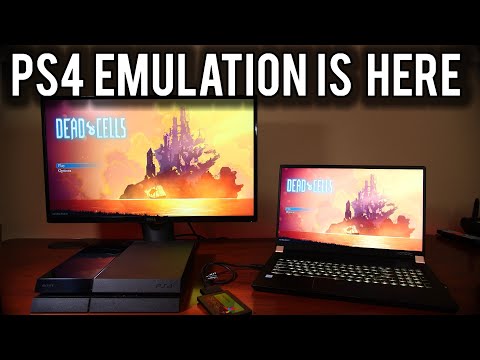 Despite the fact that Spine is a brand-new emulation program, it shows promise for future expansion. While PlayStation 4 hardware will continue to fail as the system is phased out of production, emulators like Spine will ensure that the platform’s vast library of unique games will be available in the future.