After a lengthy wait, Atlus has officially unveiled the first projects that will be part of Persona’s 25th-anniversary festivities. Atlus had previously stated that a Persona 25th anniversary event would take place in September, and today marks the 25th anniversary of the franchise’s initial game’s release.

Between September 2021 and Fall 2022, Atlus has indicated that it would make seven Persona-related announcements. Fans have been guessing about the nature of the projects for months, as predicted. Some speculate that Atlus would jump right onto the next mainline game in the series, while others hope for a full remake of Persona 3. A fighting game starring characters from Persona 5 was also mentioned on a few occasions, but it appears that fresh game announcements will have to wait a few months.

On their official Japanese YouTube account, Atus has just produced a video named “Persona 25th Times Vol. 1” that explains the nature of these initial announcements. Morgana from Persona 5 appears in it, and it is in Japanese.

Morgana adds that he is the 25th Anniversary campaign’s ambassador, therefore fans can anticipate to see him in all future videos. As the first announcement, Atlus will make all previous Persona anime series, including the live stage adaptations of Persona 5, available for streaming in Japan.

The second announcement is for the 25th-anniversary special symphonic concert using iconic Persona series tunes. It has been confirmed that two live performances will be performed at Tokyo Opera City Hall on November 21.

Morgana later announces that Lyn will be performing at this year’s Tokyo Game Show before presenting some Persona goods for fans to buy. The video emphasizes that Persona titles are presently available in Japan, and it concludes by stating that the next announcement video will be published in December. 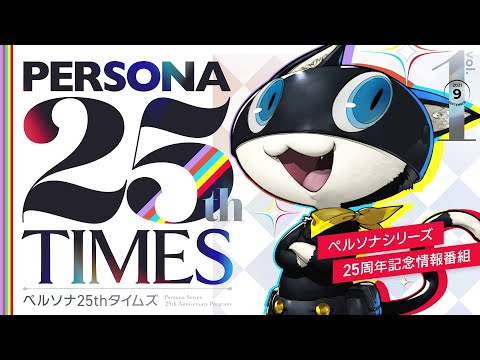 Despite the fact that Atlus has begun announcing the projects that will be a part of Persona’s 25th-anniversary celebrations, fans were presumably looking for a new game to be at the forefront of the show.

While the announcement of Persona 6 may be the campaign’s grand conclusion, there are plenty of other games to delight long-time fans. Regardless, it appears that most of the non-gaming-related announcements have been made, and fans should have high expectations from the next presentation in December.