If you can’t wait to try out the international release of Persona 5 Strikers for yourself, then here’s something to whet your appetite even more: a 30-minute English gameplay footage is currently available to watch online.

During a press event that took place recently celebrating the upcoming localized version of Atlus’ Persona 5 Strikers, the developer unveiled a 30-minute preview of the game, which has now been uploaded on YouTube by JV France, a French video game news site.

The gameplay footage showcases the beloved Joker as he walks around Shibuya before meeting up with the other Phantom Thieves at Leblanc Cafe. After everyone has gathered, they all go to the Metaverse in order to access something similar to a “jail” in order to try and alter the heart of fashion artist Alice Hiiragi, a brand-new character only introduced in this game. 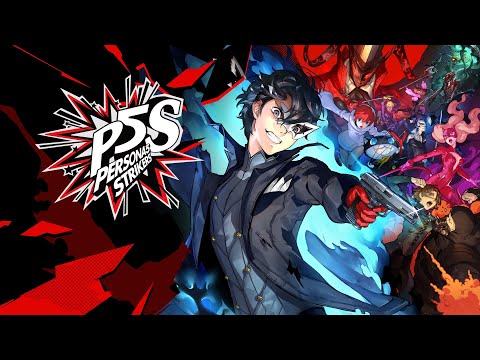 While the gameplay footage doesn’t really explain who the new character is, it’s quite clear to see that she’s supposed to be some kind of antagonist. Based on what we know about Persona 5 Striker’s plot, there’s supposedly a villain that’s stealing the hearts of innocent people. In this case, it’s safe to assume that Alice Hiiragi is behind this crime, as her goal is to bring these people into her personal “Wonderland.”

The aforementioned “jail” which the members of the Phantom Thieves infiltrate looks bright and vibrant with colors. Not only that, the place appears to be adorned with teacups, making us associate the room with Alice in Wonderland.

That being said, Alice isn’t the only new character you’ll encounter in Persona 5 Strikers. Among other things, the 30-minute footage also gave fans a glimpse at Sophia, an AI girl who joins the Phantom Thieves. It’s been confirmed that she’s going to be a playable character as well, although her personas and fighting styles were unfortunately not included in the preview.

The game’s real-time combat is also one of the things showcased in the preview, which is definitely one thing that Persona fans are curious about since Strikers deviates from the usual turn-based combat that many are used to.

Not everything has changed though; Joker still contends with the shadows by utilizing his personas, but his team will be able to fight together in real-time this time around. That being said, long-time fans may be happy to know that a couple of familiar battle phrases from past games will be returning, such as “ambush,” “all-out attack,” and “showtime.” These can be clearly seen in the preview.

The highly-anticipated Persona 5 Strikers is considered to be the sequel to Persona 5, one of Atlus’ most famous JRPGs in its repertoire. The game is set six months after the exciting events that took place in the parent game.

As for the basic gist of the game’s plot, you will be following the misadventures of the Phantom Thieves as their supposed relaxing road trip turns into an investigation and later battle upon battle against a deluge of enemies.

Persona 5 Strikers is set to release on February 23, 2021 for PC, Nintendo Switch, and PlayStation 4, so stay tuned for its release.