PlayStation 5 PreOrders Are Totally Sold Out In Japan

All PlayStation 5 preorder allocations in Japan have been grabbed up and Sony states that they have temporarily stopped accepting early reservations in the country at the time. With only a few days left until the next-gen console launches in Japan, and in many other countries like the United States, hype for the next generation of consoles is extremely high. This revelation made by Sony will leave some Japanese fans without any way to get a hold of the PlayStation 5 on launch day.

Along with this announcement, Sony once again mentioned another piece of the launch policy of the company that is making headlines. In a tweet posted yesterday on the PlayStation official Twitter account, the gaming giant announced that the PlayStation 5 will not be available physically in stores on November 12 or November 19 depending on the country – the release days of the console. Specifying safety concerns for customers and store employees, Sony has opted that the console will only be available for online orders on release day.

As reported by reputable industry expert @Nibellion on Twitter, Sony revealed in an official, Japanese blog post that the country’s preorders are totally sold out. It also appears that the company is declining to take any additional PlayStation 5 orders in the region before release.

PlayStation Japan has announced that the PlayStation 5 is completely sold out in Japan until launch at least; no new pre-orders will be accepted for nowhttps://t.co/SVoBv1sM1f pic.twitter.com/E70BsD2W62

In one translated edition of the blog, Sony stated it received a huge amount of interest in its next-gen consoles before the launch and it anticipates continuing shipping the PlayStation 5 in the future. The post also warned Japanese fans that there will be no consoles available physically in stores on launch day and encourages them to check back with individual stores for more details on the PlayStation 5’s availability in the future.

This has been a strenuous year for gamers attempting to reserve first day consoles in general, but the PlayStation 5 surely earned its share of problems following its first, confusing wave of preorders. Most of the frustration was apparently directed at Sony’s absence of communication as the company has vowed to remind its fans in advance of the console becoming available. 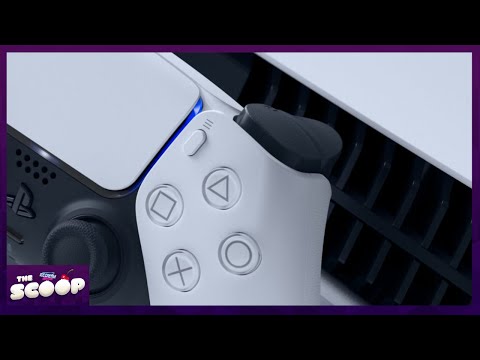 The company did not commit to this promise as sellers started placing units up on their websites in a gradual fashion the day before Sony said the system would be available for preorder. It is possible that Japanese gamers who didn’t have the chance to secure a preorder but are still expecting to get the PlayStation 5 will be disappointed with this news.

A lot of interesting announcements are coming out about the PlayStation 5 and its release titles leading up to the launch date such as the newly posted Spider-Man Miles Morales commercial, and fans unable to get in on the action on day one will be frustrated. Hopefully, Sony will have enough units available after release day for all fans without a preorder, but that remains to be seen.