Pokemon Go is still growing better with consistent updates and events even as the world faces the aftermath of a global pandemic. The good news is more is coming this October. Pokemon Go players can expect a few returning Legendary Pokemon taking over five-star raids for the whole month.

For trainers who didn’t get the chance to get these rare monsters, the upcoming event can help them complete their Pokedex. The following returning Pokemon are popular in the game for being extremely helpful in various situations, both against other raid bosses and Team Go Rocket. 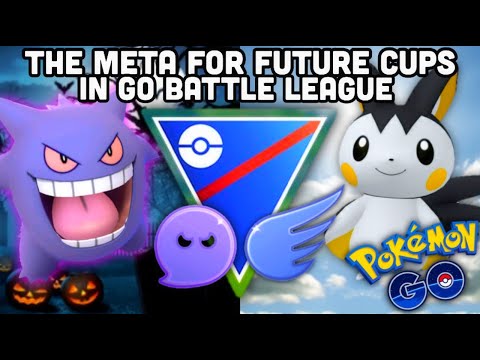 There are only three Legendary Pokemon announced for next month but rumors say that there will be a secret fourth Pokemon that hasn’t been unveiled yet as of writing. Since the last boss will release during the Halloween season, it is very likely that the secret fourth Pokemon will be a Legendary Dark-Type Pokemon such as Darkrai or a powerful mega evolution of a Ghost-Type Pokemon such as Gengar.

Zapdos is a Legendary Pokemon with a Flying/Electric typing. It is weak against rock and ice moves while steel, ground, grass, flying, fighting, and bug-type moves only deal with minimal damage. The best moveset for Zapdos which will deal with maximum DPS is Drill Peck and Thundershock.

Moltres is one of the Legendary birds in Gen 1 of the Pokemon series which has a Flying/Fire typing. It is weak against water, rock, and electric moves while steel, ground, fire, fighting, fairy, grass, and bug-type moves don’t deal much damage to it. The best moveset Moltres can have is Sky Attack and Fire Spin.

The Giratina for next month will be available only in its Origin Form which has a dual typing of Ghost/Dragon. It has plenty of weaknesses including ice, ghost, fairy, dragon, and dark-type moves. This Legendary Pokemon will be resistant against water, poison, grass, fire, electric, bug, normal, and fighting-type moves. The best possible moveset for Giratina to deal the most damage is Shadow Ball and Dragon Tail

In addition, the above mentioned secret fourth boss will be featured during the last week of October. There will also be Raid Hour events every Wednesday at 6 PM in your local time. During these times, it will be easier to locate the week’s featured raid boss. Since these will all be five-star raids, the battles will be extremely difficult and it will be best to team up with other players to take on one which makes remote raid passes critical for the event.

There will also be a new event in the game based on the upcoming Paris Fashion Week. The event is scheduled to begin on October 2 and end on October 8, 2020. Various Pokemon caught within the week will come with special accessories. Those who want to have all the specially accessorized Pokemon will have to catch a lot during the event, with four unique Pokemon in fashion already confirmed.