Everything You Need To Know About Pokemon Go Kanto Raid Day

It may appear that the event just started, but it’s already almost time for the Season of Celebration to come to an end. The first Pokemon Go-themed season has been a huge success and developer Niantic is closing down this window of time with one final Kanto-themed Raid Day event.

Trainers have had a lot of opportunities to catch Gen 1 Pokemon throughout the entire Season of Celebration and this weekend’s Pokemon Go Kanto Tour is certain to help fill in any empty slots in everyone’s Pokedex that are still avoiding players. After the event ends, the last weekend of February is going to commemorate Pokemon Day and end the season on Sunday, February 28, with a Raid event filled with exciting activities.

The brief Kanto Raid Day event will definitely feature Moltres, Zapdos, and Articuno; but those aren’t the only things to look forward to the event. It appears like Giovanni will be making a cameo as well and comes bearing an interesting possible Shadow Legendary encounter reward for trainers to indulge in. 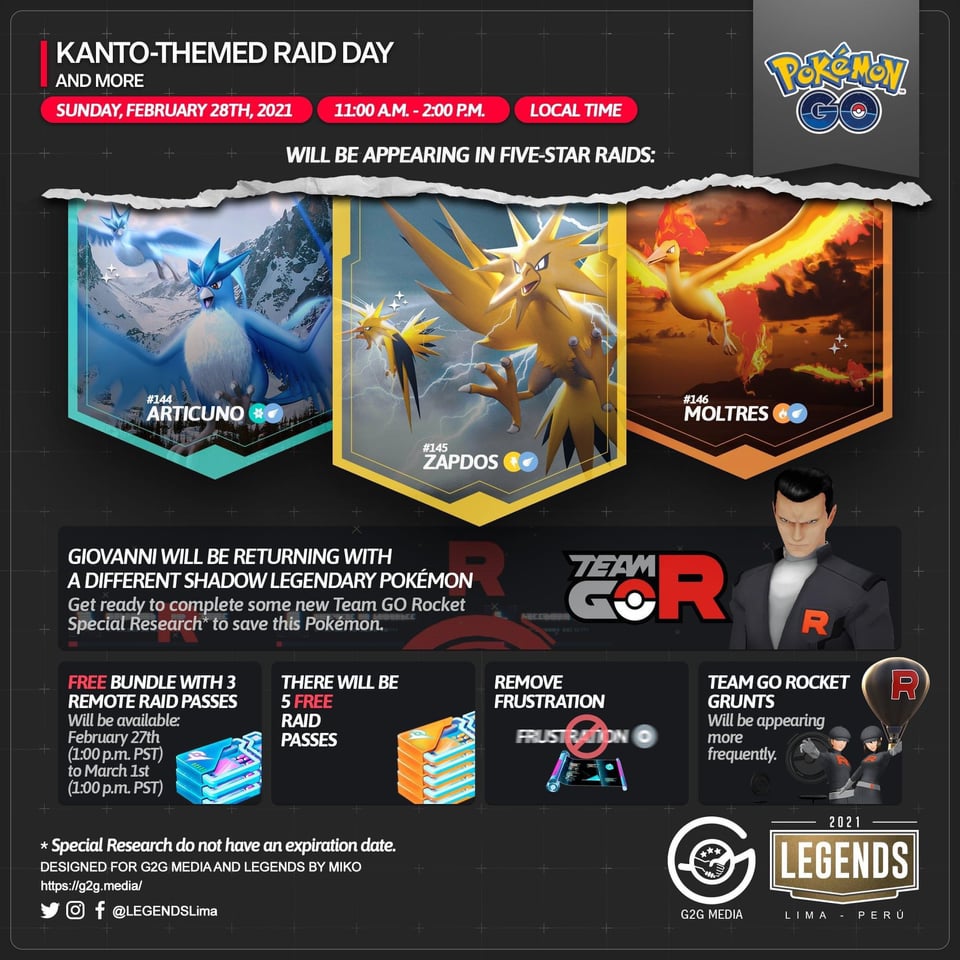 That should be everything there is to know about the event, but players should keep an eye out for any additional activities that might come closer to the event’s start date. The event only lasts three hours, so fans will want to make sure that they have everything they need such as Raid Passes ready to go.