When talking about remakes for the main Pokemon games, Game Freak has stuck to a simple and predictable pattern. In 2004, they released Pokemon LeafGreen and FireRed for the Game Boy Advance. After five years, released HeartGold and SoulSilver on the DS. Five years later in 2014, launched Alpha Sapphire and Omega Ruby. However, it has already been six years but there is still no official news about a remake for Pearl and Diamond.

A remake for Diamond and Pearl seems inevitable but fans can only hope that the games will soon be available. Currently, Game Freak is certainly busy on The Crown Tundra DLC which will be released on Pokemon Sword and Shield this November. However, rumors are also circulating that the company is also busy making the remakes of Diamond and Pearl. Recently, a new rumor has revealed when fans can get these games and a feature that might come with the remake. 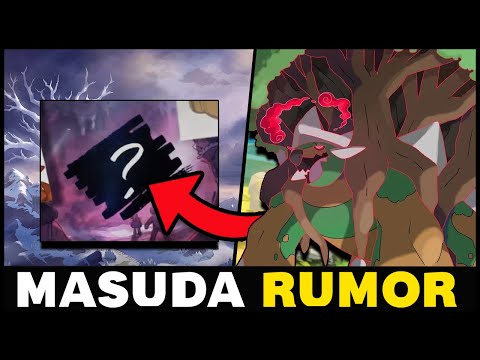 Based on the rumor, the remake for Pokemon Diamond and Pearl is predicted to be released next year, November 2021 on the Nintendo Switch. Looking at the release history of the Pokemon franchise in the past few years makes this rumor a safe bet. If the remake really exists, a November 2021 release date does seem viable. In addition, the rumor also revealed that the remakes will feature Gigantamaxing.

Gigantamax is a new feature in the Pokemon franchise which was recently introduced in Pokemon Sword and Shield. Gigantamax makes Pokemon briefly transform into massive versions of themselves and for some, have significant changes in their looks. If this rumor is true, the remake for Diamond and Pearl will be debuting the Gigantamax forms of Torterra, Mismagius, Mantine, Luxray, Infernape, Garchomp, Floatzel, Empoleon, Dragalge, and Claydol.

The rumor comes from 4chan so fans might not take this leak seriously since most of the site’s leaks are immediately discredited. However, there have also been legitimate leaks from the website in the past. As a matter of fact, most of the new features for Pokemon Sword and Shield were leaked on 4chan including the poster which prematurely revealed Sword and Shield’s starter Pokemon and Gigantamax feature.

If the remakes for Pokemon Diamond and Pearl are indeed true, fans still shouldn’t expect any confirmation from Game Freak until next year. Currently, the company’s focus is the upcoming Crown Tundra DLC and it wouldn’t make any sense for Game Freak, The Pokemon Company, and Nintendo to reveal the remakes just yet.

Why the Web3 Industry Will Dominate in 2022