‘Leaked’ Release Date for Rainbow Six Quarantine is Incorrect, According to Ubisoft

Recently, there was a leak that circulated which claimed that Ubisoft’s Tom Clancy’s Rainbow Six Quarantine was going to be released in March 2021. However, Ubisoft has refuted this by stating that the upcoming tactical shooter won’t be released any time soon.

This particular leak was discovered on a Ubisoft Connect page, which listed March 2021 as the game’s launch date. Sadly, this listing seems to be a mistake. The upcoming co-op title was announced by developer and publisher Ubisoft back in 2019, and it was supposed to be released in early 2020.

However, like many titles last year, the developer had to keep delaying its release. Now, Rainbow Six Quarantine’s earliest expected release window is some time in late 2021. So when fans found out that the game might be released earlier than expected, they were naturally thrilled. 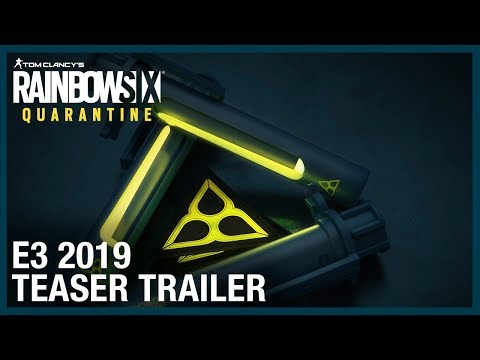 Unfortunately, a Ubisoft representative was quick to quell those expectations, as they told IGN that the date on Ubisoft Connect’s listing was inaccurate. Ubisoft expects that Rainbow Six Quarantine will most likely have a release window within the 2021-2022 fiscal year. In other words, the game could be launched some time between April 2021 and March 2022.

With the upcoming title having been showcased during E3 2019, it’s actually been quite a while since Ubisoft shared a major progress update to the patient fans.

In case you don’t know, Rainbow Six Quarantine is a spinoff of Rainbow Six Siege’s Outbreak mode. As such, the upcoming title will play similarly to Outbreak in that players will be sectioned off into three-person squads in an effort to stop an alien pathogen from spreading.

Now, you may think that alien or zombie modes in video games are common and, at this point, overrated. However, what makes Rainbow Six Siege’s Outbreak different is the fact that the game heavily emphasizes on teamwork, utilizing environments that could cause damage, as well as precision shooting.

Outbreak was set in Truth or Consequences, a small town in New Mexico. After a Soviet probe crash-lands within the area, an extraterrestrial virus got loose and, as you can imagine, caused all kinds of havoc.

Rainbow Six Siege’s Outbreak became an incredibly popular mode to players, which led Ubisoft to quickly work on a spinoff—only this time, it was going to be a full game instead of a mere game mode. Given its background, we assume that Rainbow Six Quarantine is going to be set in the same place during the same plague.

From what we can infer from the E3 2019 trailer, Rainbow Six Quarantine will most likely feature the same playable operators from Siege, so previous fans probably won’t have to spend a long time trying to master the familiar characters.

Ubisoft previously revealed that it plans on launching the game on last-generation consoles first. However, the company hasn’t revealed much else about this aside from that. Given the lack of updates at this point in the game’s development, though, many fans are understandably worried. In fact, some have begun asking if the game has been canceled or not.

The developer and publisher has already pushed back Rainbow Six Quarantine’s release date twice. Ironically, the second reason for its delay in 2020 was due to the coronavirus pandemic.

For now though, all we can do is wait for Ubisoft to reveal any tidbit of information regarding the upcoming title. We’re sure that once it’s ready, waves upon waves of information will be revealed.

Sam and Max: Save the World Remastered Gets December Release Date