According to PlayStation Game Size, Ratchet & Clank: Rift Apart’s file size will be just over 42GB, and those who preorder the game will start preloading it on June 4th.

This notable news comes only one day after Rift Apart creator Insomniac Games revealed the game’s completion. As a result, the new Ratchet and Clank adventure is ready to be produced, packed, and delivered to retailers worldwide. 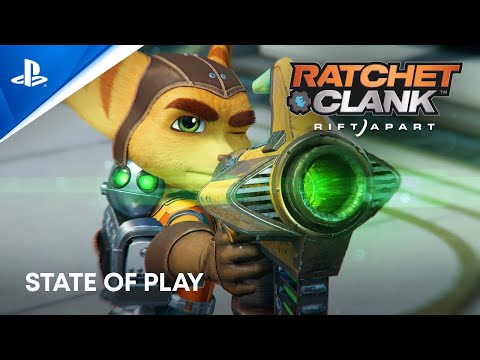 Although the two titular characters are reported to return, Insomniac has added Rivet, a female Lombax from a planet dominated by Emperor Nefarious, as a new playable character. The discovery of a new Lombax and the return of the franchise’s former adversary to a true place of strength isn’t the only significant improvement. Rift Tears makes its debut in this installment as well, taking advantage of the PlayStation 5’s SSD to whisk gamers from one dimension to the next at a breakneck pace.

Ratchet & Clank Rift Apart would have a download limit of more than 42GB, according to Twitter consumer PlayStation Game Size. The account also confirms that, like Returnal and a few other PlayStation exclusives, Rift Apart’s preload will be available one week before the game’s release.

As a result, players who preorder the game will start downloading and installing it as early as Friday, June 4. It’s worth mentioning, however, that the 42GB number excludes the possibility of a day one patch.

Insomniac seems to have perfected the art of a minimal download rate. As some can remember, the PlayStation 4 version of Marvel’s Spider-Man: Miles Morales was over 51GB in size, while the PS5 version only needed around 39GB of free space. It’ll be fun to see how game sizes continue to shrink as this age of consoles progresses.

Insomniac has been very busy in recent months, planning two big games for the PlayStation 5 launch window. Given this, the team may take some time to show off its next project. Of course, said project is supposed to be a sequel to Marvel’s Spider-Man, but no official specifics are currently available. Everything else the studio has up its sleeve is sure to elicit a lot of interest.