Thanks to the release of the closed multiplayer beta testing of Resident Evil Re:Verse on consoles, the first gameplay footage of the online element of the game is making rounds on the internet. Capcom finally revealed Resident Evil Re:Verse a few days ago during the Resident Evil Showcase, after days of speculations and leaks. However, the video game company only disclosed bits of information as of writing. 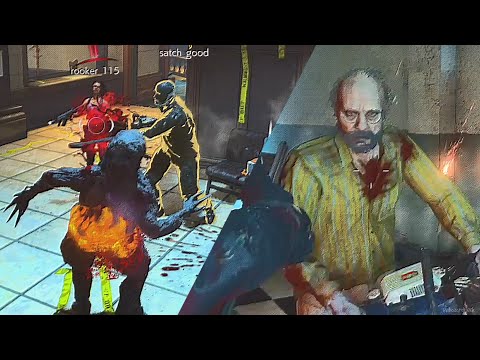 As reported by VGC, a myriad of gameplay footages for Resident Evil Re:Verse have gone viral in the wake of the beta testing launch of the multiplayer. These clips provide fans the first real insight into how the gameplay actually works.

In five minute, six-player deathmatches, players take on the role of iconic Resident Evil characters and are tasked with gathering virus samples scattered all over the map. The virus samples give accuracy and damage bonuses but will also add an exciting twist to the game’s death mechanic.

When dying, the player’s character transforms into one of the series’ ghastly monsters. The transformations themselves are supposedly informed by how many viruses a player has gathered. Getting enough virus samples ends up in the player evolving into the Tyrant. It is a great premise, though the comic book-style graphics filter does appear to dull the experience. Luckily, players can turn off the filter in the game’s graphics menu. 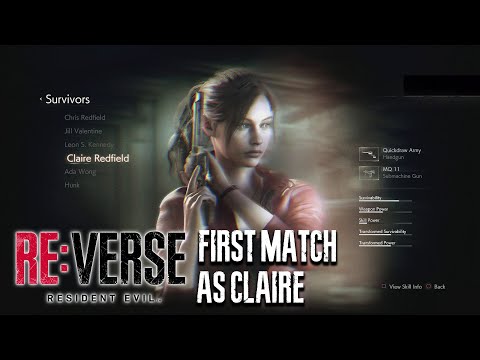 From what is currently shown in the leaked beta testing gameplay videos, Resident Evil Re:Verse still looks rough around the edges. Hopefully, whatever criticism and feedback are collected from the closed beta test will help the developers enhance the experience in the months leading up to the game’s release.

Capcom has yet to reveal whether or not they are planning to hold a public beta test before the game’s launch. PlayStation 5 owners can still enjoy the exclusive The Maiden demo for Resident Evil 8 now. A separate demo will be released for all platforms on an undefined date this year.