Solar Ash is one of several new games that players are looking forward to seeing. Heart Machine, the studio behind Hyper Light Drifter, will create the next game, which will be released by Annapurna Interactive. Despite the lack of an official release date for the game, the developer showed off some Solar Ash gameplay for fans to enjoy.

Solar Ash would soon get additional information from the developer, including further gameplay videos and the game’s release platforms (PC, PS4, and PS5). Solar Ash received a new gameplay trailer during the recent Annapurna Showcase, which showcased more of the game. By the conclusion, it was announced that the game would be released on October 26 this year.

The game will be available for purchase on the Epic Games Store, according to the new video. In the conclusion, the teaser revealed additional adversaries, locales, and the basic traversal gameplay that gamers can expect from Solar Ash. The game’s protagonist, Ash, awakens in the palm of a giant, glowing creature with gaps between their arms and a long spear piercing their breast in the trailer’s opening scene.

Following that, the teaser shows footage of Ash traveling across various locales in the game. A snowy environment around a big crystal, an industrial setting with connected pipes to ride on, and a massive continent floating in the air are all shown in the Solar Ash gameplay clip. It also offers vistas of many sorts of ruins with surreal characteristics. 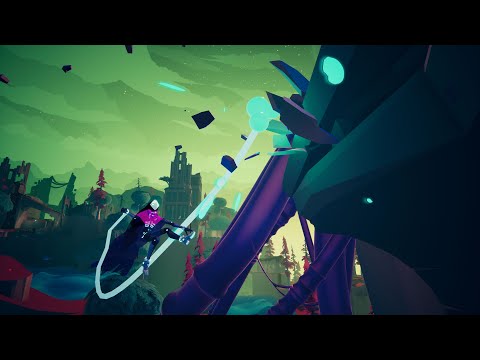 In addition, three new creatures that will emerge as possible foes in Solar Ash are seen, which look to be comparable to the bosses from Shadow of the Colossus. The first one is shown in the film, as Ash climbs up an upward conduit to a lone moon with a massive, multi-armed lunar monster. The second is a huge, flying serpentine creature with armored plates on which Ash can be seen moving. The third is a cyclopean flying monster that is completely encased in an armored shell.

The teaser depicts Ash using a lance-like weapon to puncture an ominous red sphere that might be found on one of the two armored flying creatures in the movie. This results in a vibrant visual display as well as a dramatic explosion that propels the figure backwards. The image then turns to the same glowing titan from the trailer’s introduction, who tightens its grasp over Ash, as if to crush her.