The Outer Worlds Peril on Gorgon has a new developer walkthrough video that shows what has gone wrong on a lonely asteroid colony.

It offers a glips of the first story DLC for The Outer Worlds. Showing off the new Gorgon Asteroid, the Sprat Shack a civilization that occupies the asteroid and the perilous stretches of Marauder-patrolled wastes.

In the video, the player is tasked with completing one mission, which is to help a colonist find her missing husband’s favorite flask. Spoiler warning, the missing husband was affected by a strange force that is making the settlers of Gorgon mad and turning them into marauders. This is The Outer Worlds, you have the choice of coming clean and telling her the bad news, maybe lie to soften the blow, or just blow her off entirely. 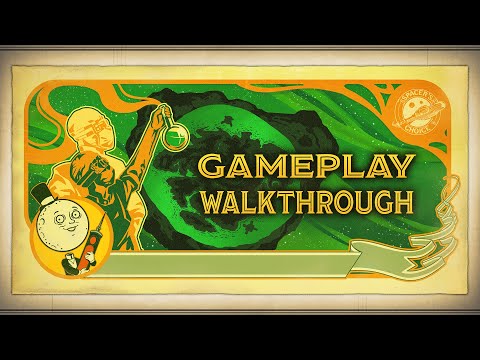 The Pest Extermination Tool or P.E.T. is a new Science Weapons that is coming to The Outer Worlds in the new DLC, a big two-handed weapon that has flame jets on the side, what really makes this thing special is the gravity plating that lets you pull enemies toward you for easy face melting. Melee fans should definitely add this to their shopping list.

Audio logs will also be introduced by Peril on Gorgon in the form of “portable phonographs”, this gives players the opportunity to hear voices and stories of settlers who have gone missing. Peril on Gorgon is coming to PC, PS4, and Xbox One on September 8.