On its launch month alone, it outsold every Spider-Man game combined in the same sales period by a whopping thirty-seven percent. Provided those numbers, it’s no surprise that Marvel and Sony want to welcome the new generation of gaming with a remastered edition of the hit game.

Insomniac Games confirmed that Spider-Man Remastered will be coming to the PlayStation 5 in a bundle via the Spider-Man Miles Morales Ultimate Edition last September, and have since released a couple of new videos of the game showcasing its next-gen visuals.

The trailers were met with criticisms initially, as the face of Peter Parker looked to be considerably changed in the new game footage. Most fans who posted their sentiments on social media seemed to be based on feelings that the developers were being too affected by the Marvel Cinematic Universe, and that this new-faced Peter Parker had an extraordinary resemblance with Tom Holland. 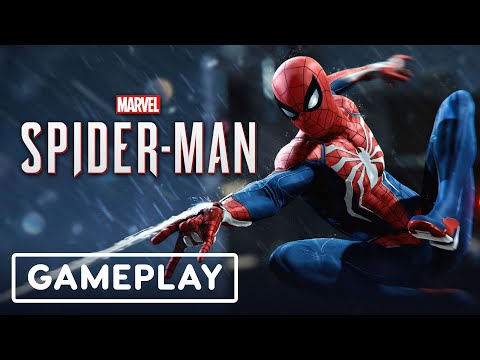 Insomniac Games since released an announcement saying that these rumors weren’t true, and the new facial design for Peter parker was a choice made absolutely to provide more believable looking characters.

As the age of the PlayStation 5 draws even closer, players are being treated to more teasers and reveal from Marvel and Sony. Their latest revelation is two Spidey suits for the remastered title.

Introducing the two new suits on Twitter, PlayStation UK provided fans their first glance at the Armored Advance and Arachnid Rider suits. Both appear immensely stylish, with Peter Parker’s trademark blue and red still being featured heavily in the design of the Arachnid Rider suit. On the other hand, the white part of the Armored Advanced suit shows a striking resemblance to the classic Armored Suit from the comic book series.

Details on this enhanced version of the PS4 classic: https://t.co/ApMwCYI5qs pic.twitter.com/ysN8zb3V8a

For fans that have not been able to get a PlayStation 5 preorder, all is not lost. PlayStation has confirmed that these Spidey suits will also be accessible on the PlayStation 4 version of the game. With this said, gamers on the next-gen console will most probably have access to the new suits earlier than those who are still playing on the PlayStation 4.

With only a few days left to go until the launch of the PlayStation 5, fans don’t have to wait much longer until they can swing across the streets of New York again. While it’s frustrating for most that Spider-Man Remastered can only be played with its new visuals if bought along with Miles Morales, these new Spidey suits will again become another alluring incentive from Sony for fans to swing back into the Spiderverse once more.