On World UFO Day, Ubisoft teased fans on Twitter about the highly anticipated Beyond Good and Evil 2. Since it was reported to be in production during E3 in 2017, fans have been waiting for its arrival with bated breath.

World UFO Day aims to raise awareness of unexplained flying objects and encourage people to congregate and monitor the skies. Because the series is science fiction and takes place on many planets and moons, World UFO Day provided an excellent chance to remind fans that the game is still available.

The first Beyond Good and Evil was launched in 2003, and fans have been clamoring for a sequel ever since. This action-adventure game, which was originally released for the PlayStation 2, Xbox, GameCube, and PC, put players in the shoes of Jade, an investigative reporter, on a mission to uncover a terrible government plot and save her planet and its inhabitants.

Fans got to witness famous characters Pey’j and Jade, as well as new faces, in the sequel’s most recent teaser, which was published in 2018. The previous game’s finale hinted at a sequel. Still, Ubisoft has stated that Beyond Good and Evil 2 is not a sequel, leaving players with many unanswered concerns, such as how and why Jade, the heroine of the first game, is such a terrifying character in the future title. Fans will be ecstatic to return to that universe, regardless of Ubisoft’s decision.

Ubisoft Belgium accompanied the tweet with a photo of a steampunk-style spaceship bursting through the clouds and hovering over the city of Ghent. The spaceship appears to be identical to the one seen in the movie trailer. #WorldUFODay and #BGE2 were used in the tweet.

The second is most likely referring to Beyond Good and Evil 2. The tweet also asks followers a question with an emoji that says “It can’t be?” and a monkey-face emoji with its hands over its ears. Based on the video that has been published, this is most likely a reference to the Space Monkey Program, which plays an important part in the new game. The image isn’t from the game, but it seems like watercolor concept art overlaid over a Ghent cityscape. 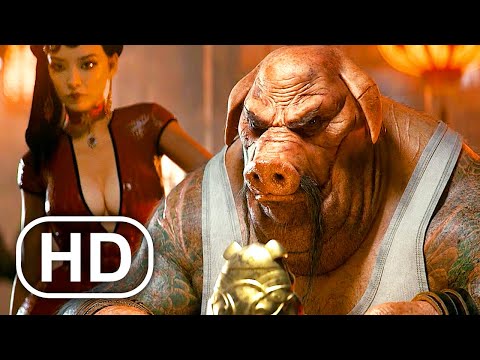 The message came from the Ubisoft Belgium Twitter account, which is based in Ghent, while Beyond Good and Evil 2 is listed as Ubisoft Montpellier. This might imply that the game’s development is currently split between the two studios. It wouldn’t be the first or most recent instance of Ubisoft’s development studios working together. It’s encouraging to see that the game isn’t stuck in development and is, presumably, progressing.

It’s a little extreme to claim that Beyond Good and Evil 2 news is as rare as UFO sightings, but it’s not impossible. At the very least, viewers may be certain that the game is real. It’s still on Ubisoft’s website, there have been cinematic and pre-alpha gameplay trailers, and Ubisoft has provided regular updates on the release, knowing that fans are paying attention.

Given the COVID-19 lockdown’s harsh limitations, it’s logical that the game didn’t receive any upgrades until 2020. Players may perhaps expect a substantial Beyond Good and Evil 2 development update, rather than simply a cryptic tease, now that things are settling down and devs have staff back to work frequently (at home or in-person).

Call of Duty Warzone Calls Out Cheaters In Hilarious Announcement