Ubisoft Forward, the company’s virtual port for revealing upcoming games and news, has just been concluded. The virtual show featured more details about upcoming games, such as the fact the Watch Dogs Legion will launch alongside the Xbox Series X, and revealing new titles.

A few hours ago, Ubisoft revealed Riders Republic – a game about the most extreme sports existing on the planet. It features not only one sport either, it is a simulator for various perilous, exciting activities. In a similar category, Roller Champions – another new game – has been delayed indefinitely. 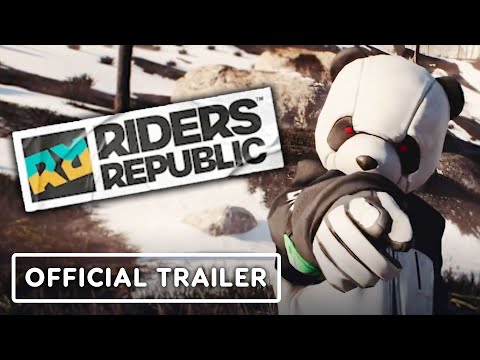 The trailer for the Riders Republic was really detailed but it was unclear if what was shown was actual gameplay. The trailer portrays a massive map with multiple players engaging in different extreme sports in various areas of the map. A few extreme sports shown in the trailer were skateboarding, rollerblading, snowboarding, skiing, biking, and even flying via a jetpack.

Basing on the trailer, Riders Republic looks like a massive multiplayer because of the number of players engaging in one sport at a time. It’s probable that this game will be a large scale multiplayer game designed to hold players like in Rainbow Six: Siege.

The trailer also features a lot of various costumes and load-outs for specific vehicles. There is no doubt that these would be unlockable, although viewers presumed most would be buyable through in-game currency. The amount of money needed for the microtransactions is still unknown, except for the Bunny Pack Bundle which will come with the preorder.

Throughout the trailer, they were showing countless courses and one of them was obviously sponsored by Red Bull. While it’s not directly revealed in the trailer that Riders Republic will have an in-game shop, players who don’t like microtransactions should consider playing the comeback of Scott Pilgrim Vs. The World.

Ubisoft isn’t in the best place right now. The company has been receiving abuse accusations and public outcry has not been mitigated. Luckily, Ubisoft still retains a huge player base and these new games would probably catch their attention, away from all the mess they are in.

Nonetheless, the features Riders Republic has aside from extreme sports are still unknown. Maybe this will be the evolutionary form of the classic Trials game, which it obviously has a resemblance to.