Hyrule Warriors: Age of Calamity will have a playable Guardian, according to Nintendo’s E3 2021 Direct. The Expansion Pass will include the Battle-Tested Guardian.

Nintendo appears to have confirmed that the first installment of the Age of Calamity Expansion Pass would only feature one additional character. Given the number of characters that might be introduced to the game, this is underwhelming. The inclusion of a Guardian is interesting, but it would have worked better as part of a larger group of new fighters.

The Age of Calamity section of Nintendo’s E3 Direct, which can be watched on the official Nintendo UK YouTube channel, revealed the Battle-Tested Guardian. Players will be able to use the Guardian’s eye cannon to incinerate opponents. It will be included in the first wave of the Expansion Pass, Pulse of the Guardians, which will be released on June 18.

Link will be able to utilize a Flail as a weapon, which looks like a huge set of nunchaku, while Princess Zelda will be able to ride the Master Cycle into combat. In addition, the Royal Ancient Lab will be updated with new tasks, new opponent kinds, and the Apocalyptic difficulty setting will be featured. 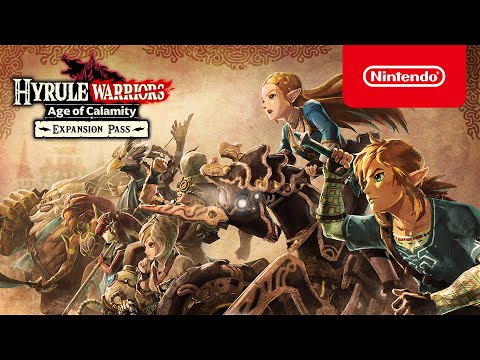 The inclusion of the Guardian in the game is fantastic. In addition, age of Calamity has done an excellent job of allowing Breath of the Wild fans to interact with some of the game’s characters and themes, as it wouldn’t have made sense to play them after Link had awake.

While controlling a lesser Guardian may not be as exciting as piloting one of the Divine Beasts, it should still be enjoyable. Sadly, more material isn’t being added, especially given how long it’s been since Age of Calamity was published. Still, those who have stayed around in war-torn Hyrule will at least get to stomp Calamity Ganon’s troops in style.