Opening Night Live at Gamescom included over 30 distinct game announcements, revelations, and more, but for Valheim fans, there was only one thing worth anticipating. Valheim’s long-awaited Hearth & Home upgrade has been a hot topic for months, as developer Iron Gate AB battled viral popularity and demand for frequent updates and new content. Iron Gate AB is ready to confirm that Valheim’s Hearth & Home will be released on September 16th.

Iron Gate AB released an animated cinematic video produced just for the reveal to commemorate the news of Hearth & Home’s release date. It portrayed a Nordic warrior defeating a dragon and capturing its head, followed by a lengthy and hazardous trip back to his homeland, where friends and food surrounded him. The goal, of course, was to raise the dragon’s head over the hearth because home is where the heart is.

Iron Gate AB also released its monthly blog on Steam alongside the trailer, which fans can read for additional information. To begin, Iron Gate AB reaffirmed what players might anticipate from the impending Valheim update.

New furniture, building materials, food, and other items will be available at Hearth & Home. Two more new additions were promised via screenshots by the development team. One is a carved decorative wolf head with jaws open, while the other is a new form of forge.

While Iron Gate AB informs Valheim players that they may get a sneak peek at new additions coming in the Hearth and Home update via social media, it also states that no official list of material will be released.

However, this isn’t all terrible news. Iron Gate AB has no faults, delays, or continuing challenges that prevent it from releasing that information. Rather, the team has made the decision. Valheim gamers should find all of the new material by themselves, according to Iron Gate. 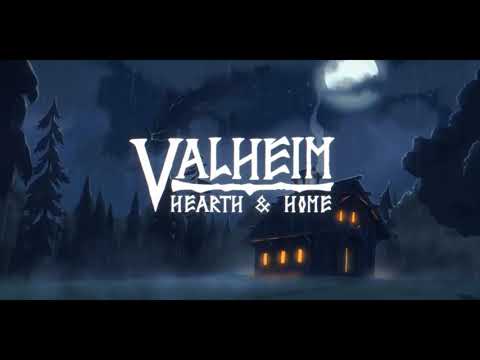 Improvements to the revamped food system, as well as shields, are among the major changes coming to Valheim as part of the Hearth and Home update. Instead of the food bar, players may now pick between health and stamina food, enabling them to choose what best matches their playstyle. Shields and blocking will be affected by overall health, with a bonus to the tower shield reserved for tank characters that like defending.

Another significant event is the formal hiring of three additional workers by Valheim’s developer, increasing the total number of staff to eight. This includes a new animator, coder, and quality assurance lead, which might indicate that Valheim updates after Hearth and Home will be speedier and more polished, or just bigger. It’ll be interesting to watch what Valheim does next.