Along with the announcement of The Legend of Zelda: Skyward Sword HD, Nintendo is also launching Zelda-themed Joy-Cons and a rare Zelda & Loftwing amiibo. The amiibo features Zelda with her Loftwing and allows players to take to the sky at any time during their game (even if they are in a dungeon at the time).

Although there is still a controversy about Nintendo’s propensity to lock quality-of-life enhancements due to the amiibo’s specific feature, the key focus of The Legend of Zelda: Skyward Sword HD is still on the game’s improved graphics.

Fresh Skyward Sword HD screenshots have been shared on Nintendo All, and they reveal what players should expect. The latest photos retain the Wii-era graphics but have a lot more texture depth, but they won’t blow anybody away who was expecting remake-level changes.

These screenshots include not only the heroes Link and Zelda but also many other iconic Skyward Sword characters including Groose and Impa. Ghirahim, the self-proclaimed Demon Lord, appears in the recently released pictures, and he’s still as weird as he was in 2011.

In addition to these Skyward Sword HD screenshots, Nintendo All has also released a new video featuring Loftwing gameplay. The elimination of the Wii remote from the lower right-hand corner of the screen greatly frees up this video, which, like the screenshots above, shows a much crisper Connection and Loftwing pair soaring over the skies of Skyloft. 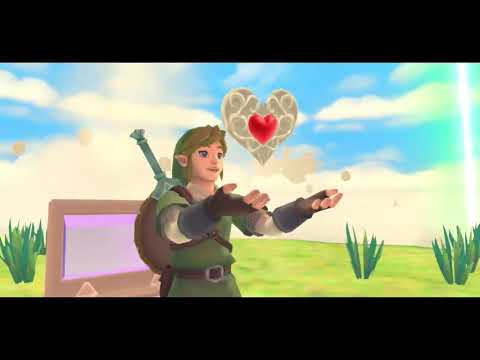 So far, just The Legend of Zelda: Skyward Sword HD has been revealed as part of the series’ 35th-anniversary celebrations. However, there are rumors that both Majora’s Mask and Ocarina of Time will be out on the Nintendo Switch later this year. With E3 2021 just around the corner, there’s a good chance Nintendo will reveal more information about its plans soon.

Nintendo is also working on a sequel to The Legend of Zelda: Breath of the Wild, in addition to The Legend of Zelda: Skyward Sword HD. Although there have been no more details about the in-development game since its initial release in 2019, Eiji Aonuma, the developer of the Zelda franchise, has told fans that further information about Breath of the Wild 2 will be revealed in 2021.