Visual Concepts has changed the dribbling system in NBA 2K20, and players are now working hard to learn the new system and improve their dribbling. Changes to the animation are a huge part of this reboot, and veterans of the franchise may need to make some improvements to become great at NBA 2K20 dribbling. Furthermore, once players have mastered the fundamentals of dribbling, they may be interested in learning the best dribbling moves in NBA 2K20.

This guide aims to outline some of the best NBA 2K20 dribble moves, and hopefully, it will help players who are looking to improve their game. Players will find that tweaking these dribbling moves in NBA 2K20 improves their efficiency, but the ones listed here should provide a strong foundation for fans looking for a good starting point in their quest to become a starter in NBA 2K20. 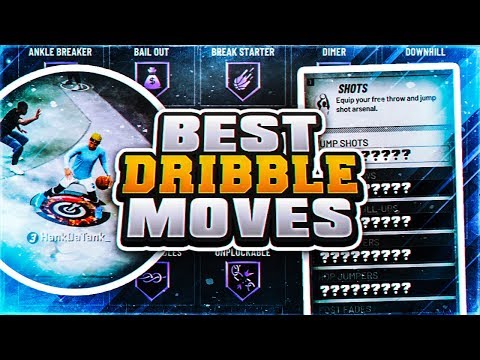 The video below details a build that can yield some excellent results for those who have worked out the basics, such as how to call for a screen in NBA 2K20, and are interested in the best NBA 2K20 dribbling moves. The footage in this video clearly shows these principles. In general, these NBA 2K20 dribble movements concentrate on giving players room for shooting and building momentum.

If you’d rather see NBA 2K20’s best dribbling moves in a list format, the following are the ones seen in the video:

As previously mentioned, one of the advantages provided by these best NBA 2K20 dribble moves is the ability to generate fast momentum. The Iverson Size-Up Kit, in particular, is critical to this, and the video compares it to the package that comes with selecting K. Bryant.

Furthermore, the Basic 1 Moving Spin’s launch back is effective at creating room for the best jump shots in NBA 2K20. As seen in the video, launch backs, along with half spins and in between the legs, are among the most important aspects of dribbling in NBA 2K20, which is why this is one of the best dribble moves in the game.

Although the launch of NBA 2K20 was marred by controversy, prompting some fans to demand that Ronnie Singh be fired from 2K, many players are finding a lot to like in this year’s entry. Hopefully, these NBA 2K20 dribbling moves will help some of these fans boost their performance while also increasing their enjoyment.