The Witcher franchise offers fans different forms of entertainment to consume—from books and a TV show to a video game series. It appears that CD Projekt RED wants to expand this even more, as the developer has partnered with GO ON BOARD to release The Witcher: Old World, an upcoming tabletop adventure board game.

The tabletop RPG is set to have a Kickstarter campaign that will launch in Spring, while the final product itself is expected to release by April 2022. As you can infer from the title, The Witcher: Old World will be set way before the adventures of Geralt of Rivia.

According to the announcement, the board game is meant for 2-5 players who take on the role of Witchers who have “recently completed their brutal training” in either one of the different schools, namely School of Wolf, Viper, Cat, Bear, or Griffin.

The Witcher: Old World board game is coming!

Created in cooperation with GO ON BOARD, the game will ask players to take on a role of witcher adepts and explore the monster-infested Continent from times long before Geralt of Rivia.

Naturally, as professional monster slayers, players have to traverse the different regions of the Continent to accept contracts, eliminate vicious monsters, and make difficult choices that could alter the game completely. Other than that, players also have the option to fight other Witchers.

The crowdfunding campaign for The Witcher: Old World will begin on May 2021, and it will give the community of fans a chance to provide their thoughts and feedback while the RPG is still in production. From The Witcher’s official website, it states that those who back the Kickstarter will be given “a chance to have a significant impact on the contents of the game, as well as the stories it features.”

As for GO ON BOARD, it is a Polish publishing company who released the tabletop games Valhalla in 2018 and Titans only last year. For this exciting upcoming project, the publisher has called on the help of Polish designer Lukasz Wozniak for the game’s, well, design. Without his help, The Witcher: Old World wouldn’t be brought to life. 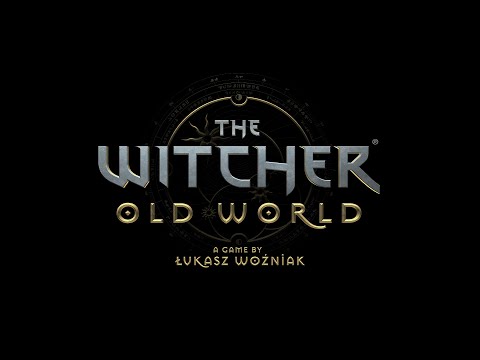 As of this moment, the upcoming tabletop RPG will be released in both English and Polish, while negotiations are still ongoing for it to be released in other languages.

The release of The Witcher: Old World will surely add a whole new depth to The Witcher universe, and will expand on the lore that author Andrzej Sapkowski has already established in his incredible fantasy series.

Fans of The Witcher franchise have been gobbling up loads of content recently. For one thing, the second season of Netflix’s highly popular The Witcher series has been confirmed already. As a matter of fact, season two is expected to air some time this year.

Not only that, Netflix announced last year that it’s also working on a prequel series entitled The Witcher: Blood Origin, which is supposed to be a 6-part series. Similar to The Witcher: Old World, this prequel series will also be set years before the time of Geralt, and will feature the very first Witcher and his adventures.