CD Projekt Red’s shares have gone down by 25% since August. The speculated crunch and the multiple delays of Cyberpunk 2077 have taken its toll and is chipping away the confidence of investors.

According to multiple reports, CD Projekt Red’s market price has been steadily declining in the past two months. The company is now in a sharp and steady downfall as their highly anticipated game has been delayed again. The studio’s conditions are also making investors doubt their stability.

Back in the last week of August, CD Projekt Red had a market cap that tallied to over 42 million Polish zlotych. When converted, amounts to more than $10 billion, with an individual share price of 416 zlotych or $116.50.

This peak has much to do with the company’s state of affairs in August. During that time, the studio launched a Witcher AR game, similar to hit game Pokemon Go, and Cyberpunk 2077 was also receiving tons of media attention and looked like it was firm with its launch date. 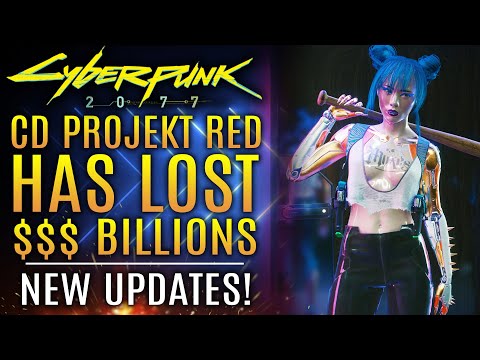 However, it seems like the company’s bubble has popped this month and investors are now uncertain of what is happening inside the company, and it shows. By the end of October, CD Projekt Red’s market price is now playing by just 331 to 335 zloty.

The value converts to around $85, which is 25% lower compared to its value in August. As of writing, negative media presence and mistrust inside the company are playing a major part in the downfall. Most of CD Projekt Red’s value comes from how it operates with the media and perception of the capabilities of the company. Both potential and actual share values all come from how the world recognizes their work.

CD Projekt Red’s current market value is unpredictable, for good or bad. The company’s value relies on how fans all over the world see their proficiency as game developers. In the beginning, CD Projekt Red’s market value began shooting up from providing good Cyberpunk 2077 news.

The rise of their shares also came from positive feedback on Witcher games such as the successful season 1 of the Netflix series and the release of a new mobile game. However, the same can be said about the decline of their value.

We have important news to share with you pic.twitter.com/qZUaD6IwmM

The recent controversies faced by the Polish gaming studio are now making investors indecisive. The multiple delays of Cyberpunk 2077 have made fans frustrated about the status of the company and another push back of the game’s release will likely be a very disastrous decision.

The crunch inside the company is making investors doubtful too. CD Projekt Red Co-CEO Adam Kicinski denied rumors of the crunch during their last financial update but used words that felt out of touch. This didn’t please everyone, which resulted in bad media exposure again.

CD Projekt Red is currently losing money right now from the decline of its market value. While fans expect this to go up once Cyberpunk 2077 is released, its unstable nature makes long term decisions problematic.

Microsoft Confirms That Yakuza And Other Titles Will Be Added To Xbox Game Pass...