The latest entry in the auto racing series is Dirt 5. The game was developed by Codemasters and launched at the end of last year on a variety of platforms. With a focus on off-road racing, players will be exposed to rallycross, ice racing, Stadium Super Trucks, and off-road buggies, among other kinds of racing.

Aside from these modes, the racing simulator includes a variety of settings, including China, New York City, and Brazil. While the Wild Spirits update was released in September, the creators have now released a new set of material in time for Halloween.

A new trailer for Dirt 5 was recently published, showcasing scary new stuff. The “Tricks N Treats” Playgrounds bundle includes this Halloween upgrade. This update is now available and is free for all Xbox, PlayStation, and PC owners. The Playgrounds material is likely to be on Google Stadia in the future, according to the developer.

There’s also a haunted home with frightening décors like bell towers, pumpkins, wells, and gargoyles that lights green at night. The creators said “classic horror settings inspired them” and based their ideas on gothic Victorian buildings while designing the new material. 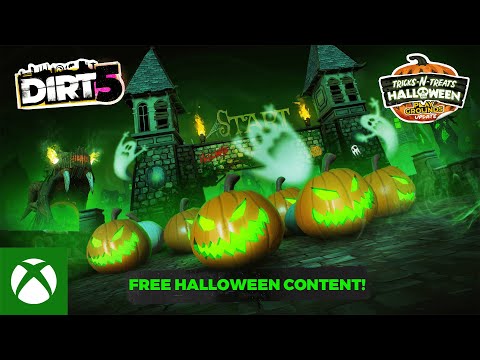 While players may utilize these eerie track decorations to build their own courses, the mode also allows them to compete on other maps made by the community. Over the Halloween season, it will be fascinating to see what kind of songs the Dirt 5 community comes up with.

In addition to the Playgrounds pack, the devs have published a new patch that focuses on ambient lighting optimizations and enhancements. Enhancements to general light, shadow, and reflections are among the lighting system changes. According to the creators, this should increase the authenticity of the environment, particularly during night racing. In addition, the patch addressed game crash issues as well as audio difficulties.

Aside from this new Dirt 5 update, several more games may receive upgrades for Halloween. According to fresh Apex Legends leaks, a Halloween-themed event featuring new cosmetics is coming to the battle royale. In addition, a reported Call of Duty: Warzone Halloween event might happen later this month.

PlayStation Exclusives Wins Most GOTY In 2020